It is disheartening to note that Africa ranks highly as the deadliest places for road accidents. A Global Status report by World Health Organization discloses that Africa road accidents constitute about 16% of the world’s road accidents. Not a short period passes without reading, hearing or seeing news about road carnages. Often, these accidents range from fatal to minor in severity. Such accidents are attributed to poor roads that underscore the traffic safety in most parts of Africa.

Here are some of the worst roads in Africa:

Sierra Leone has not been spared from road accidents. One of the worst roads in this country is the 180 km road north of Freetown. In the past, a number of accidents have been reported along this road. Often, causes of those accidents are traced to careless driving, bad roads, drunk driving and over speeding. 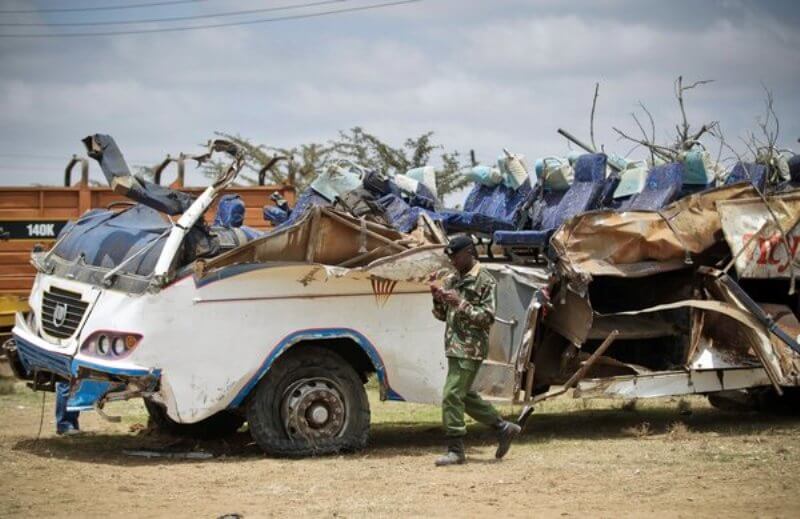 Most accidents along this road are still fresh in some people’s memories. Reports from police traffic division indicate that at least 18 persons have died in one of the worst accidents in this country in the year 2013. Perhaps the freshest one that might jog your memory occurred in the remote area of the diamond rich district of Kono. About 18 people lost their lives while many other passengers sustained injuries!

The World Health Organization reports that annually, over 3,000 traffic deaths are reported on the Kenyan roads. Some of these accidents have been reported thus are in the public domain while some go unreported. Therefore the figure is an understatement. Many road accidents have been reported along the Nairobi Narok road. One of the common causes of road accidents along this road is overcrowding in the roads. Besides, most of rural roads in Kenya are unlit, making such roads dangerous to all road users. Most noticeable is the fact that most of these roads have no sidewalks. Fatal road accidents often result whenever drivers attempt to over speed as they make dangerous maneuvers. 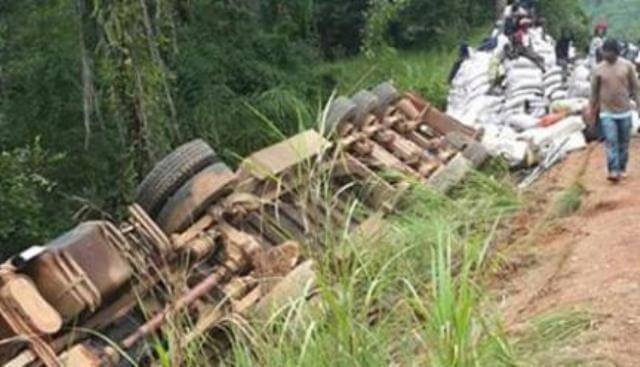 To curb the often ugly road accident incidents, Kenya has taken road safety initiatives towards improving the situation. The initiatives are part of the Bloomberg philanthropies that founded the National Transport and safety Authority in 2013.

Shocking stats from the International Transport Forum’s report (ITF) ranked South Africa top as far as fatal road accidents are concerned. With stats at hand, it is estimated that these accidents cost the country about R307 billion every year. With ripple effects of such accidents, the economic costs could be more than the estimate. In fact, they could range from human to emotional costs that are often underestimated. Perhaps, the Pinetown road accident may be fresh in most people’s memories. Such accidents can be traced to careless driving, drunk driving and speeding along the often overcrowded area. 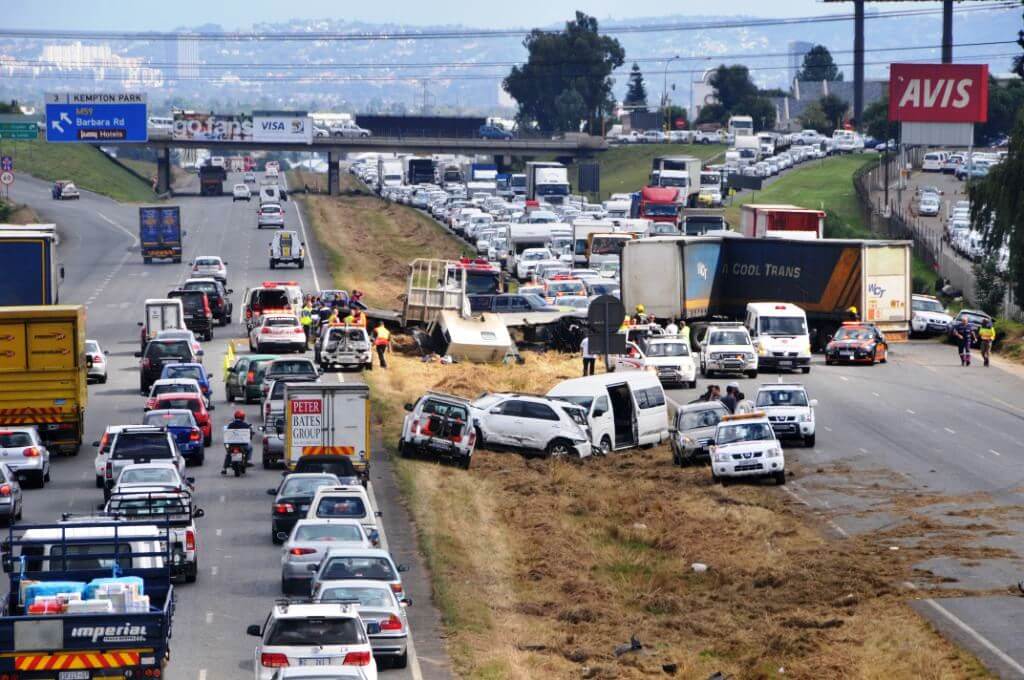 A pile up in South Africa
Image source: www.insurancechat.co.za

In a nutshell, not one country in Africa can claim being immune from to road accidents. The severity of these accidents differ from country to country and from road to road. Some other countries that hit the limelight for road accidents include the Democratic Republic of Congo, Ethiopia, Uganda, Nigeria and Tanzania. Common among these countries is the fact that they all have large populations that crowd the accident prone roads!