The muscle car tradition was born in America and over time, it has been glorified so much, especially on the silver screen. If you remember seeing the Transit film, Drive Angry and the Fast & Furious series, then you know what we are talking about here. America is a land of thrills and with the American Cowboy gone, overtaken by time, some more excitement had to come from another place. While no modern muscle car can give a thrill such as was experienced in the 60s and 70s, the culture is not about to go away, what with manufacturers outdoing each other to produce excellent high performance vehicles? If the Bugatti Veyron is a street legal car and it can do more than 400 km/h, then we can be sure that muscle cars will be with us for a long time. 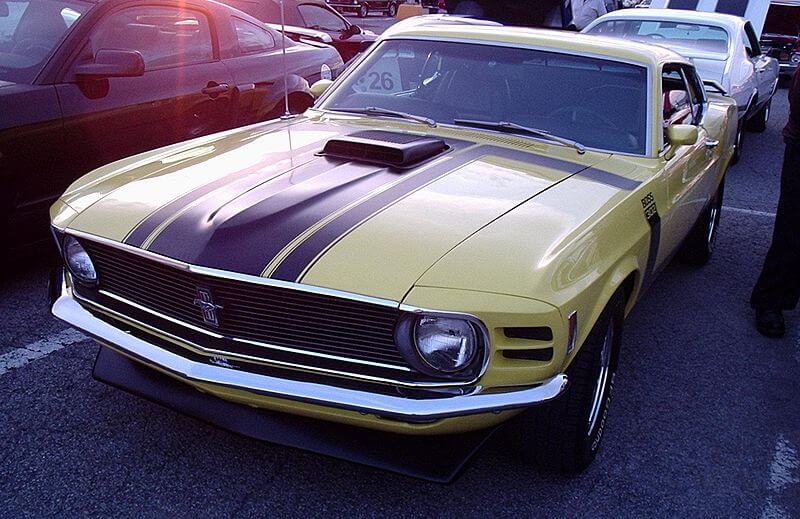 This is a 1970s Muscle Car, all aggressive and raring for speed
Image source: http://en.wikipedia.org/wiki/Boss_302_Mustang

This is a classic muscle car with four doors, 5.7 liter, V8 engine. With an output of 370 horsepower, and very stable even at top speed, this car can outdo many others. You can but this one as a family car.

This car is your definition of a complete and compact package as well as a commendable handling. Why, you might ask. Well considering that, it has a liter capacity of 6.2 V8 engine that is supercharged as well as 580hp, this car is quite the muscle car. This vehicle has a 184 mph top speed that can handle one quarter of a mile in a span of only twelve seconds.

This car is a joy for any driver who loves performance, stability and class. It comes with all the modern gizmos including GPS, Wi-Fi, leather seats and all power windows, reverse camera and many other features that ooze luxury, comfort and happiness. With a 6.2 liter V8 engine and able to do up to 580 HP, chances are you will never get the opportunity to try it out at full speed, at least not legally.

This is replica of the Ford Mustang that was manufactured in the 1960s and 1970s, only that it is much better. You can drive around like a boss and command all the attention that you need on the road. Boss 302 has a V8 engine, 5 liters, 444 hp with 7500-rpm tops. Although lacking in some of the luxury aspects of its counterparts in the market, this car is great on the road, very stable when steering around corners and bends at speed.

With a output of 470HP and a V8 engine, this car will remind you exactly why the . It has a six speed gear box. Named after the man who was a racing scene sensation back in the 1970s, the Follmer Edition Mustang can be considered as a light muscle car. It comes with an adjustable suspension designed for the racing scene and having been styled by Saleen, this car will be hard to miss on the road.

If you are looking for a car that is very functional, look no further than the Equus Bass 770. This car has a supercharged engine of V8 and 640 hp with 200-mph maximum speed and a torque of 6051b/ft. As you would expect, this car does not come cheap. But then it is a muscle car and they have never been cheap.

In 2013, the Shelby 1000 was named the most powerful street legal production muscle car in the world. When you see it, you will see that indeed, it earned that ranking by merit. With an aggressive grill, great hydraulics and amazing adjustable suspension technology, this is a worthy investment for anyone who loves performance and the roar of a V8 muscle engine that can give up to 1200 hp.

Unlike the beasts that preceded them in the 1960s, today’s muscle cars combine classiness, speed, performance and luxury, all in one package. For example, they come with features like GPS, leather upholstery, lane departure technology, multi airbags, power windows, auto transmission and more. In addition, full warranty, great handling at high speed and fuel efficient make the cars very lucrative indeed.