Rally cars are always competing not just on the road but on other important metrics such as performance, engine and fuel consumption. Two perfect examples of long term rivalries are the WRX Subaru and Mitsubishi’s very own Lancer Evolution/Evo as it is commonly referred. The two cars are famous for their great performance in challenging rallies around the world and we will look at some of the differences that draw the line between the Evo and the WRX. 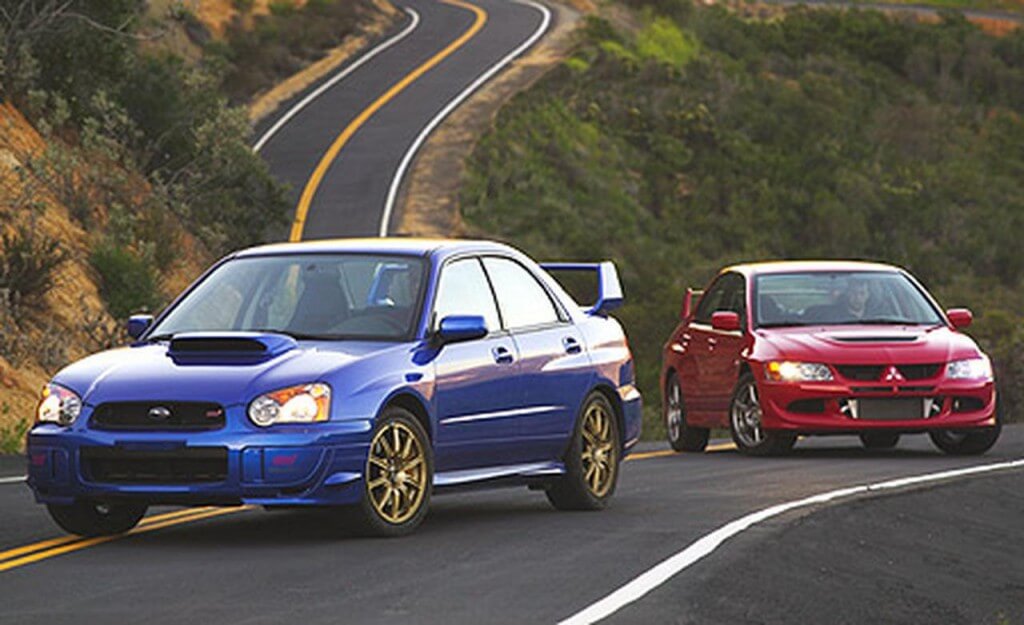 Subaru WRX in the lead and Lancer Evo in the rear
Image source: www.caranddriver.com

This machine might be just a tiny sedan compared to monster trucks but it can sure handle the rough terrain of Africa and the rally roads in Europe like a champ. Under the hood, the Subaru WRX features a 2.5 liter turbocharged four-cylinder Subaru engine. The engine has an output of 305 horsepower which manages an amazing 6000 rpm and a torque of 290 lb ft at 4000 rpm.

The WRX has an all wheel drive system with Torsen limited slip rear, helical limited slip front and center differentials that are electronically controlled. This is the reason behind the powerful drive and great performance in high speed rallies. The transmission is an efficient 6-speed manual and also features a standard electronic torque vectoring. It has amazing driver control systems. The WRX has competed well in world rallies and has a great track record, the performance and handling are close to perfect, and that is why it is a favorite for pundits. The vehicle can also be easily tuned and the engine has the amazing roar of performance.

Mitsubishi must have hit the nail on the head with the high performance Lancer Evo line. The vehicle not only looks amazing but performs as good as it looks. The hood conceals a 2.0 liter turbocharged four-cylinder engine which dispenses 291 horsepower at and amazing 6500 rpm. The torque stands at 300 lb ft at 4000 rpm.

The Lancer Evo features an all wheel drive system with open front center and rear differentials that are electronically controlled. Transmission comes with a standard 5-speed manual with an option for a twin-clutch sportonic shift transmission. The vehicle has electronic torque vectoring which is a standard through Active Yaw Control. On the road, the Lancer Evo is an animal, high speed, picks fast enough to buy time and can handle rough terrain like a champion. 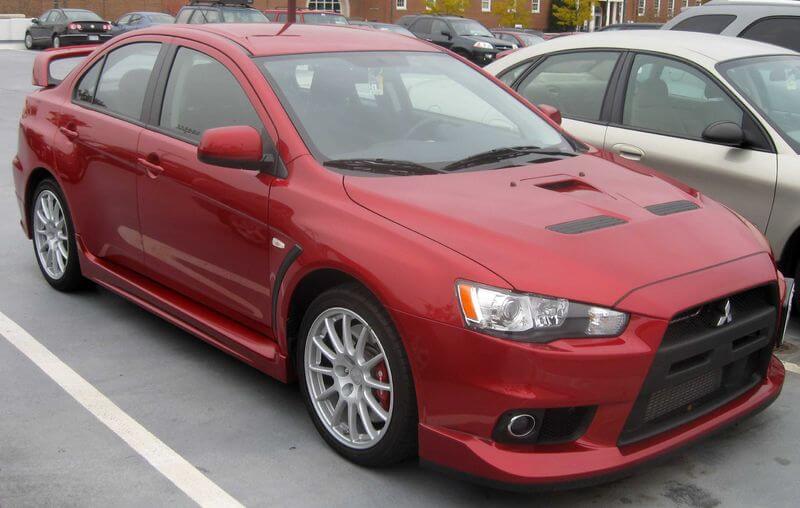 There are many other vehicles in this category but the issue remains whether they can really match up with the high standards set by these two. Although there are differences between the WRX and the Lancer Evo, the two vehicles are close enough in torque and power and choosing one can be a difficult task especially if you don’t pledge allegiance to any of the brands. There are other details such as the exterior, the interior, wheels and so on that will help you in choosing one of the two rally inspired vehicles.

If you have the money to either buy the WRX or Lancer evo, which one would you go for?