The police force has not been left out in the procurement of top of the range vehicles. So, which is the most expensive police car in the world? And what are the qualities that made it preferred for the task?

Dubai is now home to the world’s most expensive police patrol car. According to police authorities, the force has acquired a Lamborghini Aventador at a cost of $550,000. This, according to them, is one among the series of moves aimed at classifying the force and raising it ‘above the global standards’. Indeed, the deputy director general of police Khamis Matter alMuzaina said that the car will primarily be deployed at tourist areas ‘to show how classy Dubai is’. Soaking in oil proceeds, Dubai can comfortably afford these luxury vehicles for their police. 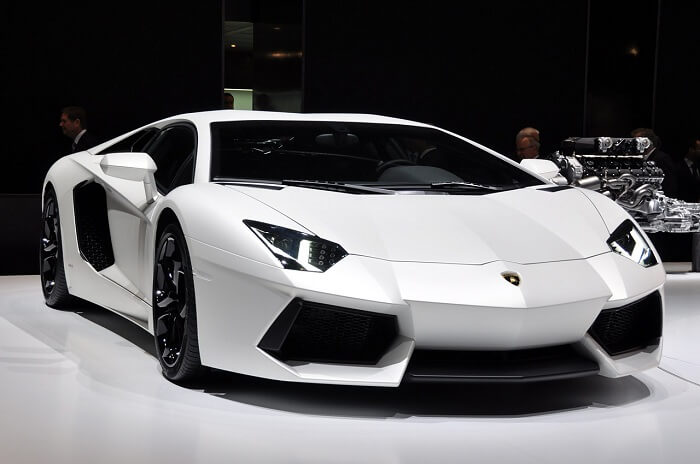 After acquisition, the car was painted white and green-colors of the Dubai police force- just as is the norm with security forces.

This intended upgrade of the Dubai police force facilities has seen formerly valued brands such as the British Panda and Ford Cortina playing second fiddle in the oil rich state’s police force activities. The American muscle cars, Camaros, are also being acquired to boost the force’s fleet and improve its capacity to combat crime.

Why a Lamborghini? For Show of course!

Some times back, afroautos looked at the world’s most expensive auto models for the year 2012. It is clear that almost all of these models had speed at the top on the scorecard-a critical requirement when it comes to patrolling. Why, of the top speed models, did the Dubai police force opt for a Lamborghini instead? As they say, this car is supposed to be a tourist attraction gimmick, but it also does give the force a lot of credibility.

The Lamborghini is one such model whose prestige is irresistible. The Dubai police force, which is clearly out to prove to the world that the force is really ‘classy’ had an easy choice to make as very few would compare to Lamborghini on the prestige scale.

With the primary aim being deployment for show, it was necessary that the model be capable of high speed. Lamborghini Aventador fitted this quite well as it can achieve speeds of up to 217 miles per hour! This, by any standards is speed high enough to adeptly serve in patrol activities.

Lamborghini Aventador was launched on Lamborghini’s celebration of the 50th anniversary, and has since resulted to many sales, most of which are reportedly to Britain albeit for other purposes other than police and security controls.