Talk of talent. Talk of fame. Talk of money! Diamond Platnumz has it all. He knows where to spend his money. When it comes to cars, this sensational Tanzanian music star knows his taste. He chooses his rides carefully. Both rumor and fact have confirmed this statement. Well, all the fame and fortune did not happen overnight. The sweet fruits of his hard work in the music industry have propelled this young Tanzanian artist to fame and riches. Here is the story about his rides. 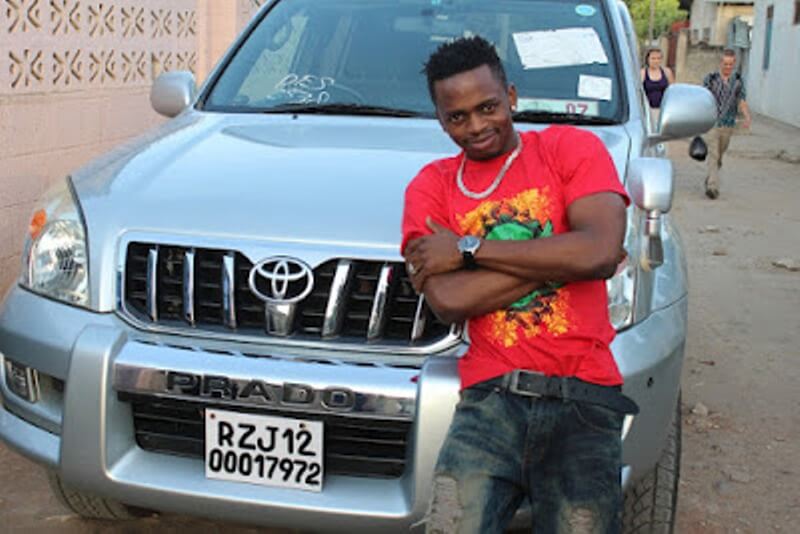 His stage name, Diamond, reflects his expensive lifestyle. Well, back in 2012, Naseeb Abdul, updated his tweeter account and his website with the flamboyant news of his new car. He had just purchased his new Silver Toyota Land Cruiser Prado VX and wanted his fans across East Africa and the world to know about it. It is quite a big car, flashy enough for a musician who, if anything, is even flashier.

As one of the most expensive artist in Tanzania, Diamond loves letting his fans know about his spending plans in advance. Well, recently, he made announcements through Millard Ayo that he plans to buy a more expensive car than the Toyota Land Cruiser Prado VX he purchased back in June, 2012. He made this announcement amid allegations that he charges exorbitantly for any promoters wooing his business. With the announcement in the public domain, we can only adopt a ‘wait and see’ attitude.

Buys a car gift for a retiring Tanzanian artist

To honor great talent in a retiring Bongo artist, Diamond, bought a car gift for Mzee Ngurumo during his launch of ‘Number 1’ music video. According to many of his fans, this young yet gifted Bongo superstar showed a great act of kindness that amazed the elderly Mzee Ngurumo. The elderly artist couldn’t believe his eyes when he was handed the key to his gift.

The elderly artist had retired from the industry due to health complications associated with his advanced age. During the presentation of the flashy gift, he had thankful words for the young talented Diamond. He greatly appreciated the gift and wondered how his wife would react when she would see him drive to their home gate. Obviously, Diamond’s rare act of kindness propelled his popularity a notch higher more especially during the auspicious launch of his music video. 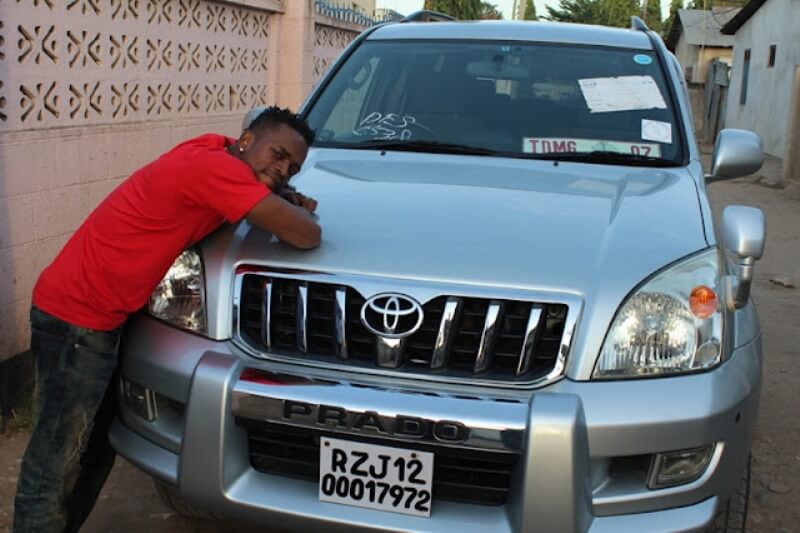 Sometimes, all is not rosy even with the flashy lifestyle

Let’s jump into rumours again. It was reported that the recent Toyota Land Cruiser V8 that Diamond was flossing with on the streets was not his. The car is fancied by most of his Tanzanian fans. Apparently he had rented the car from Chief Kiumbe. However, Diamond had affirmed earlier that he owned the car. Well, after flossing the streets with the flashy car, it is alleged that Diamond defaulted on its rental payments leading to the reclaiming of the car by Kiumbe and its subsequent auctioning. The accrued car rental was estimated at Tsh. 100 million. It will be interesting to see what other car he plans to surprise his fans with next time.