It seems that the gender war extends in just about everything and driving is no exception. Debates can go on from Lesotho to Timbuktu about who between a man and a woman is a better driver. Many researchers have studied the two genders in relation to how they drive and this has resulted in thousands of conclusions. If you search online for ‘bad female drivers’, you will get thousands of video results compared to the few ‘bad male drivers’ videos. 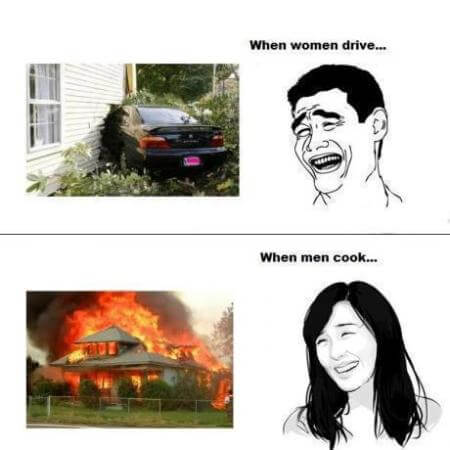 Is it that women provide the worst video disasters or do the statistics show just how bad women are in driving? Some people actually believe that most women cannot reverse a vehicle in a tight parking lot or drive a vehicle that is longer than the standard sedan. On the other hand, men have been projected as the better drivers though they are involved in many accidents. Most of the male drivers have the capability to make the trickiest of maneuvers. The debate goes on and one with some saying that women are better driving because they can multitask and handle different activities such as watching the road on all sides and driving the car.

After walking to Timbuktu and back still arguing it is time to sit down and state the facts so that you can select the side you think carries more weight. It is inarguable that women will cause fewer accidents in terms of DUI. A less percentage of women will drive under the influence as opposed to the high number of drunk or ‘high’ male drivers. Here it’s a score for the female team.

As sober as women might be, one may tend to argue that most will park as though they were under the influence. In most cases, you can tell whether it is a man or a woman who parked a car. This is based on the lack of parking skills that women possess. They will park on two parking spaces, park the vehicle without respecting the arrangement; as long as they have packed, everything is ok. On the other hand the male drivers are highly skilled in parking skills and they will park almost effortlessly and make it look like an easy thing. Reversing out of the parking space will be an easier job for a man than it is for women. On this one, the men take the day.

The most controversial point when it comes to gender driving is about accidents. Most people will say that men are more daring that sometimes they miscalculate while others will talk about the timid nature female drivers’ that lead to being bullied or causing accidents in some instances. Statistics show that most female drivers are involved in accidents near junctions or roundabouts at slow speeds as opposed to the male who are involved in high speed crashes that end up being fatal in most cases. You can now look at the myths, the facts and your personal opinion and decide which among the two genders can provide better drivers.