Japan is the largest exporter of used vehicles to Africa. Her unclear lead in the content has remained unbeaten for many decades, and it will remain so. However,when two Japanese manufacturers have to scarmble for the same market, the result is two products that are almost similar in looks and performance. In the automotive industry, this happens a lot and it boils down to the end user, who decides which brand they will buy by comparing the qualities. Well, there is a war between two major pick-up trucks Isuzu DMax and Toyota’s Hilux, though many battles have been won by each vehicle. The competition is far from over especially with the manufacturer’s bringing in new models to stay on top of their game. To better decide which one is better for the African market, let us look at the qualities in both:

The new Hilux is a combination of performance, looks and a competitive price tag. When it was unveiled, even the competitors were shocked. We can give it to Toyota for creating such a smooth curvy machine that hides a powerful engine beneath the attractive hood. Hilux takes a few points in looks as for a truck its caliber; it sure looks attractive and well designed. The vehicle has hunky proportions, a hood scoop, and large pentagonal headlights to complete the beauty section.

With a name like this, the DMax is bound to be a well performing vehicle in terms of duty and load handling. There are features that put this truck on top of Hilux but some just grab the points right out of its hood. 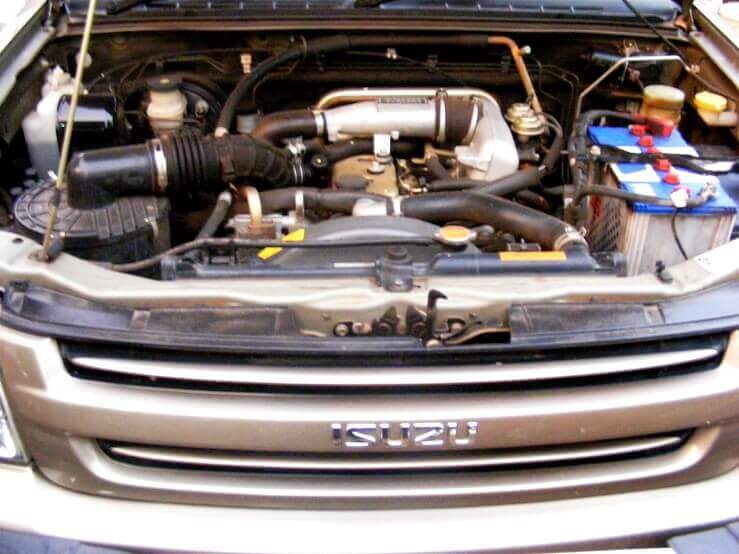 The Isuzu DMax has of late started catching up in the African market
Image source: commons.wikimedia.org