Looking at Africa over the last 50 years, a lot has happened. The infrastructure has improved and now you can proudly drive on the smooth highways. Ok, we are not there yet, but we will soon be, by the way things are going. This is good news to major used car exporters like Japan, as it means that they will have a larger market for their cars. 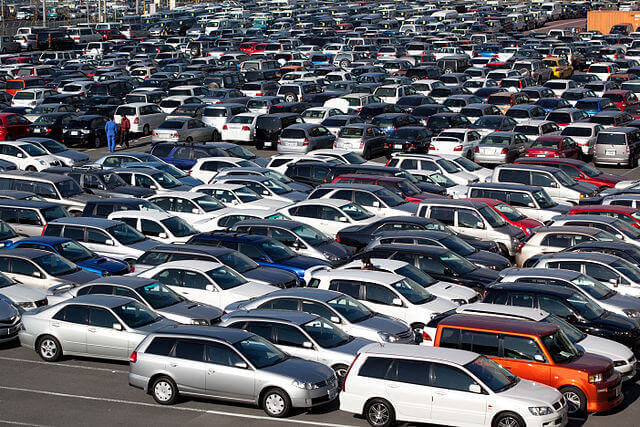 Used car imports to Africa are set to hit 2 million and above
Image source:http://en.wikipedia.org

With the Continent opening up to trade, most of the goods in the continent are transported by road. There is high demand for vehicles to help enhance the growing economies.

Apart from the commercial side of the car and truck trade, there is a fast growing middle class in Africa. This will play a very big role in the way that the continent imports vehicles. No one in the leafy suburbs of Nairobi, Lagos, Casablanca or Cairo wants to be caught driving a jalopy. High-end carmakers and exporters are set to enjoy more business from Africa. According to Dan Akerson, the General Motors CEO in 2014 alone, it is estimated that vehicle sales to Africa will hit 2 million units.

While most of the car sales go to North and south of the continent, other impoverished nations in Africa are also coming up fast. The challenge for many carmakers now is to produce cars that can prove resilient to the terrains and climatic conditions of Africa.

In the year 2012, Japan sold over 230,000 units in Africa. General Motors sold about 180,000 units. This, although not as high as manufacturers would like, is still very impressive. The good thing is that about 50 years since we gained independence, Africa is now showing potential as a market, despite the stubborn odds stacked against her.

This is where the buck stops. A stable political climate means that the environment for investment can be enhanced. Foreign as well as local investors are bound to invest more, agriculture can thrive and more people can afford vehicles, which by the way, are taxed as luxury products. With more countries embracing liberal and social democracy, the standards of living are going up. Good examples for this include South Africa, Ghana, Mauritania and Nigeria.

There are very attractive prospects for carmakers and Nigeria is one of them. It is the most populous nation in the continent. South Africa is also one of the chief importers, manufacturers and assemblers in Africa, followed closely by Egypt, Libya and other North Africa Nations. We can also expect more demand for cars in East Africa from Kenya, Tanzania and others.

More resources being discovered in the continent mean good news. For example, oil resources in Kenya and Uganda mean that more money will be pumped into the economies. Buying power will be improved for the people. Therefore, more Japanese secondhand cars will be imported. Soon, cars will not be classified under “luxury”. They will be a necessity.