If you look at fashion, technology and lifestyle, what is there today is basically an improvement of what was there a while ago. There are cars that were popular a few decades ago and then disappeared from the scene. Today, most drivers in urban settings prefer compact and small cars that they can park easily and which do not consume a lot of fuel. This is the reason behind the re-emergence of small vehicles. The only difference is that these cars are coming back more beautiful, faster and more fuel efficient.

Let us look at a few of these past small cars that have comeback to take over the streets.

The new Mini Cooper is nothing like what is usually shown on Mr Bean
Image source: www.carlustblog.com

If you have watched or know who Mr. Bean is, then you know what a mini cooper looks like. These were small cars which were manufactured by the British Motor Corporation from 1961 to 1971 when they were discontinued then restarted in 1990 to 2000. The mini cooper reappeared as the mini marque produced by BMW since year 2000. There are different models with the mini cooper title but have some things in common. The minis now have a beautiful smooth exterior which takes a modern appearance. Most of these models are fast and fuel efficient at the same time.

The Beetle is manufactured by Volkswagen, the German automaker from 1938 to 2003. The functional objectives and the need for this type of car was the idea of Adolf Hitler. It was made in an effort to provide a cheap car for the people of Germany. The new Volkswagen Beetle consumes more fuel for more speed and the look has transformed into a more appealing vehicle with more modern features as compared to the long ago Beetle. The Beetle look still holds only that most of the parts are smooth and the exterior fits well with modern designs.

The Ford GT is a new car that borrows heavily from the Ford GT race cars manufactured in the 60s. This small car from Ford started as a concept car but is expected to go into production in 2016. There have been major changes in the engine based on a change on technology differences between the 60s race car and what is used today. The new Ford GT is powered by a bigger powerful engine providing 600 horsepower and will be faster and have better handling. 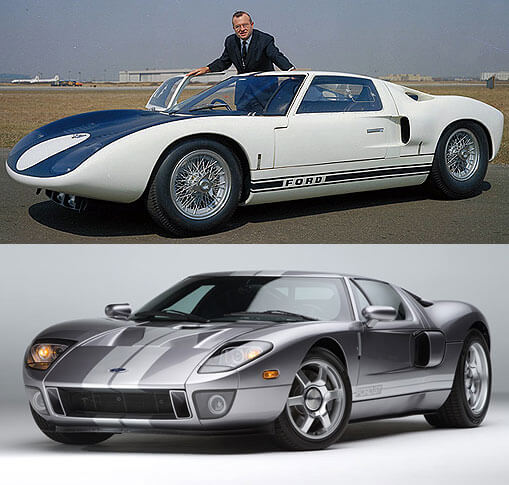 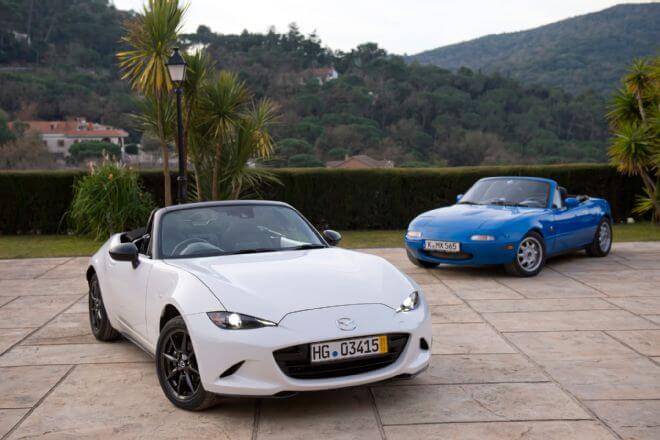 The Mazda Miata is a small two-seater roadster manufactured by Mazda, which debuted in 1989. The car was originally released as a lightweight roadster with minimal complexity in mechanics. This was an evolution of the 1960s roadsters. There have been a number of Mazda MX-5 Miata generations with the latest being released in 2015 for 2016 model year. The new Mazda Miata roadster is stronger and faster with improved technological features for a better drive. The latest Miata is the fourth generation and succeeds the third generation which was released in 2005 for the 2006 model year.