The Mitsubishi Galant is indeed elegant in its own way. It is just as its name suggests. Many other cars look just like their name. Derived from the French term galant/chivalrous, here is a car that lives up to its name, hugging the road elegantly, like a Victorian lady at an afternoon tea party. Ever sat and wondered how car manufacturers name their cars? I know I have. It is a tad interesting when you begin to reflect on how some cars are always named after human names and how sun just seem to pop up out of the blues. Like do you know the Mercedes is named after the daughter of the man who helped the pioneering duo overcome financial challenges? Or that all Lamborghinis are named after bulls? Yes, ALL of them; including the fancy-sounding Lamborghini Murcielago. 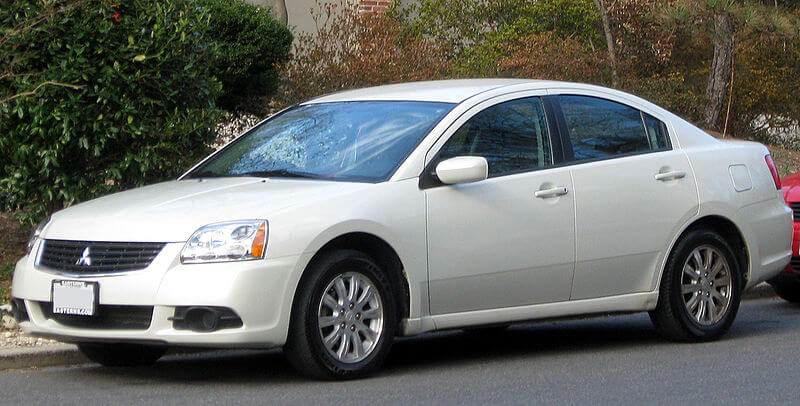 This is the ninth generation Mitsubishi Galant
Image source: http://en.wikipedia.org/wiki/Mitsubishi_Galant

What interests me most though, is how some car names seem to suitably reflect in the appearance of the car itself. It’s like you see the car and when you hear a name you can immediately match the two like wham-bam! Some of the names are ingeniously crafted and would immediately draw to your attention; others will also draw to your attention but more from the maladroit nature of the names. Either way, what are some of these automobiles that look just like their names.

I will begin by mentioning that this list follows no particular order of preference but then again maybe Chrysler features first because well, I love the car; sue me. I tend to think that this name came from the Concorde jet which was a heartthrob in its times; and if this is the case, then the Chrysler team did a pretty good job of giving us a car impression of the aircraft. With a sleek, perfectly streamlined outer appearance, the Concorde did come to redefine the architecture of automobiles. And this does not just stop at the exterior; even the interior of this Chrysler is beautifully thought out making it posh and comfy; yet still very much leading in performance. Great job Chrysler!

Yup, I will go on ahead to follow up the glorious Concorde with the mundane Deliboy. How did the team even name this car; did they seriously just sit down and resolve “Well, it does look like a sandwich truck…” Hate it as I may, the name does ring true to the appearance of this car. Is anyone else feeling hungry already

Every time I hear the name ‘Bimbo’, my head races back to the cartoon movie with the little pink elephant; and the very first time I saw the Volugrafo Bimbo; this same image popped up in my head. Yeah, so that pretty much explains it… this tiny lovable car is a Bimbo indeed.

Reflective of the fast, agile feline it has been named after; need I say more? You see the car in motion and all you can think is… “That’s a jaguar!” That’s a big cat.

I’m one to love a good laugh and so I end my list with the Rickman Space Ranger. Seriously, the name of this car is so patchy. I bet they named it purely by looking at the car. I can even imagine the conversation and closing argument… “Well, it’s spacious, empty-looking, tough, sturdy range car…”