With a history running all the way from 1948, Land Rover sure has what it takes to stay upfront in the automotive development world. The last few weeks have been one of a kind for the Land Rover brand especially with the new electric Defender at the Geneva Motor Show 2013. The electric Defender is a concept developed with possible production in the near future. The next one year will be a period of trials and adjustments for the electric vehicle to perfect on all aspects that will result in a top-performance electric machine.

Specifications
It is obvious that everyone would want to know all about the specifications of an electric version of the infamous SUV from Land Rover. Well, there have been a few changes to ensure that all factors are working accordingly to accommodate the shift from a fuel engine to electric power.

The Electricity
The all new Land Rover Defender EV is fitted with an electric motor (94bhp) which is powered by a 27KWh lithium-ion battery. There are claims that the combination of these two power devices should last the SUV on the road for a mere 50 miles. However, with the fact that the Defender is more of an off-road vehicle in mind, it is possible that the battery can do a clean 8 hours before a recharge. This is due to the slow speeds expected on off-road drives. 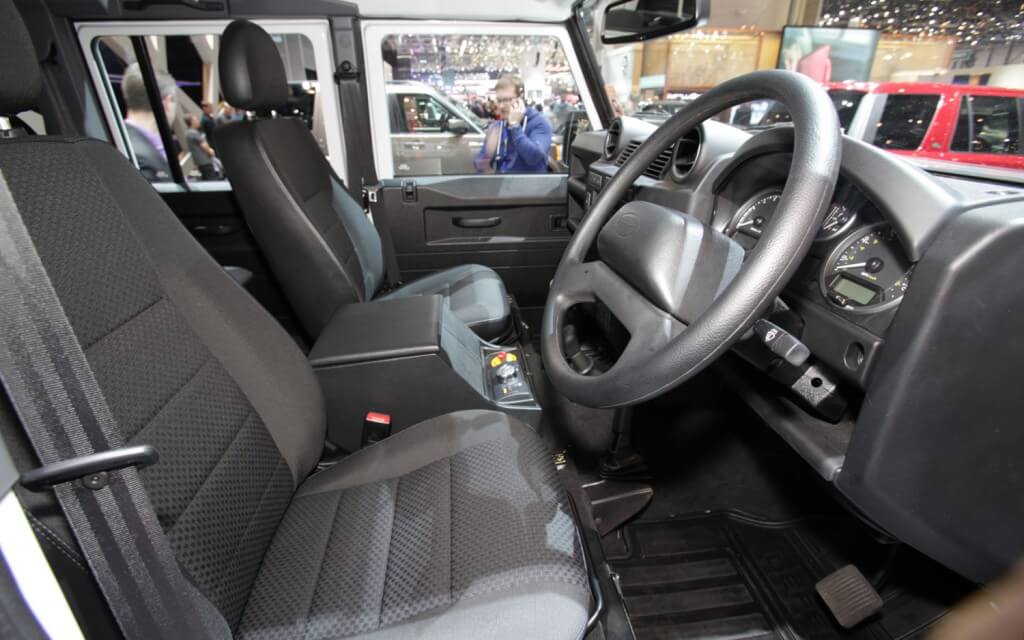 Other notable changes
There are a few changes that can be noted on the Land Rover Defender EV that were and still are not present in its predecessors. There is an increase in total weight by 100 kilograms. This increase in weight is partly related to the battery pack which weighs 410 kilograms and the additional air-cooling system for the power train that replaced the conventional liquid cooling.

Apart from weight, the new electric Defender has a regenerative braking system that utilizes the fitted Hill Descent Control in producing 30KW of energy that can be used in powering the electric motor for more mileage.

Performance
Contrary to what is expected of EVs, the Electric Defender is somewhat noisy. This however is expected to be minimized in the trial period. The SUV’s 4×4 abilities have not been crippled by the shift from fossil fuel to electricity. The power on this machine is apparently reasonable and albeit its top speed being 70mph, it still stands out as a perfect EV for off-road cruises.

As for its waterproof capability, nothing can go wrong especially with every component watertight covered. You can wade up to 80 centimeters (close to 3 feet) in the electric Defender, as compared to 50 centimeters in a standard car. As for the drive power it possesses, the Defender can climb a number of forbidding courses with ease.

Perfect for Africa
In Africa, the rains fall without warning, the meteorologists are never right. The roads flood, or are swept away. Its hard to find a filling station out there in the raw jungle. The electric Land Rover Defender was initially designed for a South African Game reserve. With alternative fuel strategy flying from all corners of the world, Land Rover seems to be at a good position and their Electric Defender is set to make an impression and a good option for electric vehicle enthusiasts in Africa.

Land Rover Defender EV is perfect on the road too
Image source: www.caricos.com