Microjoule, the world’s most fuel saving efficient car was developed by students at La Joliverie College, in Nantes western France. Tests have shown that the car is capable of covering a distance of 25,000 km per liter. The project by the French students was voted the best in 2014′s Shell European Eco-Marathon, needless to say beating 200 other projects competing in the event. The wheels of the superlight vehicle can spin for several minutes without stopping. Microjoule is made up of carbon fibre thus making it very light, with an approximate weight of 35Kg. The car is believed to be the most economical machine ever to have been developed in auto history. A self-test was done between London and Paris; it emerged that the fuel consumed was just worth 20 cents. 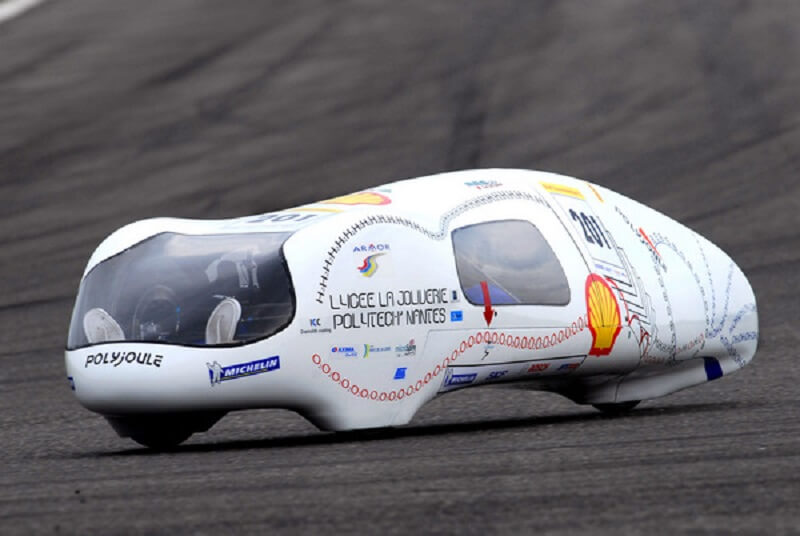 Microjoule achieves its incredible fuel efficiency because of its low air and rolling resistance. Additionally, it has very small drag coefficient making it more efficient in saving fuel. The engine of the car is designed such that it only needs ordinary fuel to operate. The car that is 33 times lighter than the average car in Europe has a shape that resembles a drop of water. For better aerodynamics, its nose area is 0.3m sq. The minimum weight required for the driver is 50 Kg (10lbs), this is very helpful since adding weight to the super light car makes it more stable. This marvel of engineering is designed to run efficiently on either ethanol or petrol. 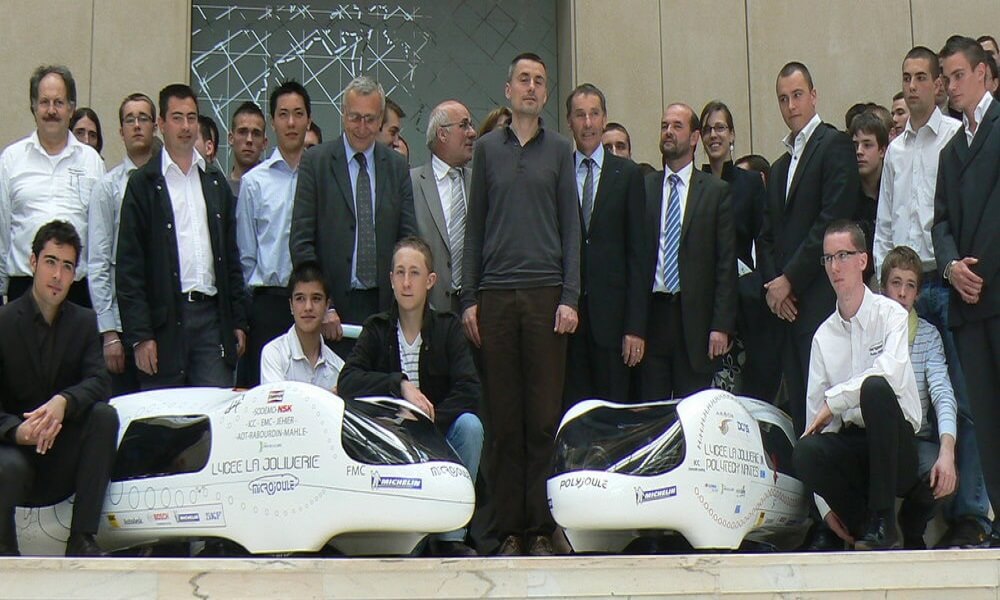 Michael Fardeau is the team’s technical manager. He is also a teacher at the college. He has been involved in Shell Eco-marathon competitions since 1992 and has only missed three competitions since his début. Part of the project’s success can be attributed to Michael’s vast experience and wealth of knowledge. He enjoys a good rapport with the students while working as a team in this brilliant project. Aurelian Levesque has been the team’s top strategist and driver for the last two years. Aurelian enjoys the pressure from the competition and the hard work that brings the great achievement. Guillaume Himsworth, aged 19 years is a member of the team. Guillaume is a student engineer and looks ahead of innovating new ways of improving energy efficiency. He is also is working hard to find a way of using the internal combustion engine to power the electric engine. Guillaume associates the success the team has enjoyed with the teamwork handwork and spirit.

While the Microjoule is just a concept, maybe one day we will have a car that consumes very little fuel. This time is not too far into the future.