Rhino Force, founded by Chris Thorpe to raise funds and create awareness about the plight of the African rhino has had its mandate boosted by Mitsubishi after they got a Triton double cab pickup. This, according to Braam Faul, marketing manager Mitsubishi Motors SA, is one of their gestures towards corporate social responsibility. 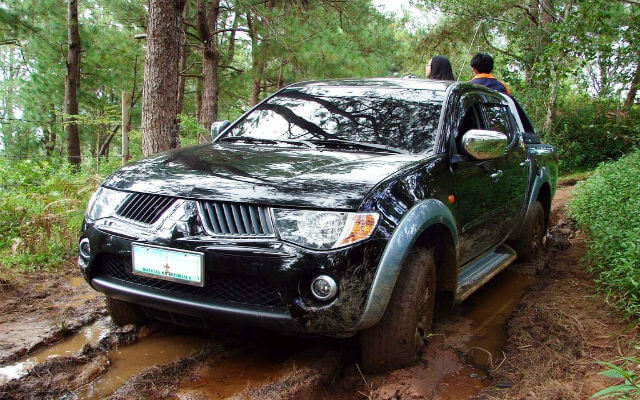 I would say this: That rhinos are big animals, and they need a vehicle that is as big to take care of them. This is why the government of south Africa is not taking chances and thankfully, Mitsubishi has now joined Rhino Force to help it bolster support for rhino conservancy and blow the horn against rhino poaching.

With Rhino poaching hitting a record high in south Africa, fast action on wheels, in the minds and in the corridors of justice is needed. That Chumlong Lemtongthai, a leading figure in international poaching has been handed a 40 year jail term in South Africa is not a deterrent enough to stop the others. With claims that the Rhino horn can be used to cure a variety of diseases including cancer, for every poacher jailed or killed, there are tens more willing to take their place. That is why the government of South Africa has bolstered its ground force to fight this menace against Mother Nature face on.

Looking for the perfect vehicle to fight the rhino poaching menace in South Africa can be a challenge. You see, the African bush is still that; a bush, that is not penetrated by road networks and therefore looking for a flexible, light but sturdy all-terrain vehicle is hard. However, Mitsubishi has now solved that problem for south Africa.

The Triton is a steel mass of functionality. For example, it has amazing off-road capabilities and coming from Mitsubishi, you know that their prowess in off-road unequaled. Ok, please note that the Triton may have a little power over-steer, but it should be easy to aim where one wants it to go.

Driving this car is a joy in itself. The ergonomics are just wonderful with everything positioned just right. You will not have to stretch out to reach anything as everything is within easy reach. In addition the forward, rear and even side vision are excellent for this car, just what you need for off-road travel.

The behavior of the rear axle is amazing. For example, under power, there is minimal spinning, very controlled. The controlled LSD behavior works just like a locking diff. The optional air activated diff lock that goes into action immediately you stop. It will not disengage automatically when you accelerate and thus you will find it easier to ride through sandy terrains.

The long range fuel tanks also increase the driving range in the African bush, However, note that the Triton may require and additional suspension of, say, like 50mm lift to give it more clearance.

Really, anyway that you look at this vehicle, it has unparalleled performance on and off road. It is just what Rhino Force, which has already raised more than a million Rand for rhino conservation needs.