The Nissan Juke Midnight could be the dream car for Africa, at least, that is what it appeared like when it was launched in South Africa on 7 November 2012. It is the color of midnight and for the performance, well, you will never know unless you try it out. 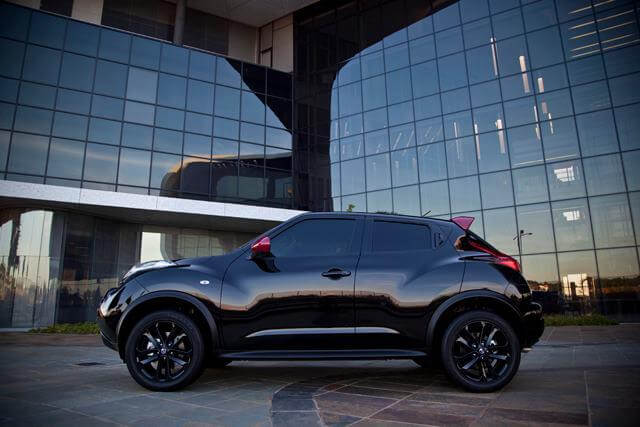 The design beats all else and then coupled with the performance of the engine, you know that this is the kind of car that the African urbanites need. From its body moldings and compact build, it is obvious that the car is made to make a bold Nissan statement even from afar. There is no way that you can mistake the midnight with any other auto, even from a distance.

With sales for the Juke Midnight on an all time high in South Africa, it seems that the fame of the car and its rugged looks will catch up fast with the rest of Africa. Since the launch of the Midnight, its sales far outdid the supply in South Africa as well as in other parts of the world. From the look of things, it seems that this car will go a long way. It is irresistible.

It is best fitted for Africa for many reasons. For example, its sturdy and compact build will stand overuse. You see, in Africa, people hold on to cars for ten year, even more! Again, it has created its own genre since no matter where you look, you will not find any other car that looks like this. This is why we say that Japan really understands the needs of Africa and goes ahead to design a car for those needs.

The rugged design and creativity
The rugged design and the compact build shows that Nissan engineers work around the clock to make a car for Africa, one that fits in very well with the terrain. On an African road, this car will look as if it grew right from the ground.

While the Juke SUV was good enough, the Nissan Juke Midnight is an improvement of that and therefore it is many times better. It is the car of the year and for many reasons too. Do you know that the only word good enough to describe the design of the Midnight is “unconventional”? It really looks like no other one in the world.

It is built for speed. The Nissan Juke Midnight is available in a turbocharged petrol engine, but there is also the ordinary aspirated engine. But for a few changes, much has just about remained same as in the Juke. For example, the 1.6-Liter, 188 HP engine has stayed. The audio system is enhanced. This one sounds like the sound lab and there are more navigational features in the picture. Some other things, like the 17-inch high performance wheels have stayed. There have been some additions too.

There are many things to look out for in this car but its performance and flexibility are not going to disappoint. As a 4-wheel drive, it will be perfect for the urbanite and a person who has an aesthetic side to them. It will be good for the rugged terrain of off-road Africa. It will be equally good on the highways.