The popularity of minibuses in facilitating urban transport is steadily gaining with the increase in population and urbanization in Africa. There are a number of reasons as to why this form of transport will not leave the urban scene soon. Most cities and towns have a sizeable population whose movements require a well-structured public transport infrastructure. An estimate of more than three quarters of the urban population depends on public transport where most of it resides outside the city or towns. Different states are campaigning for the minibuses just because the benefits weigh more than the drawbacks, be it from the governments perspective of the citizens. In this case, a win-win situation is almost achieved leaving both the governments and the public satisfied. 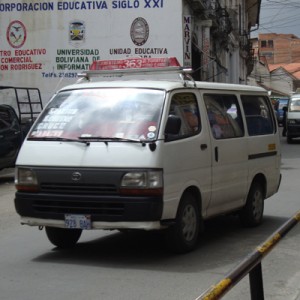 A number of local Government authorities have been struggling to ease traffic congestion within their cities, calling for radical changes in the form of transport in use. Considering the fact that most states in Africa are still developing, the public transport sector is always underfunded. Minibuses come in to save the situation as private owned vehicles providing public service as well as taxes to the Government. This shows that it is not only the public that directly benefit from the services of the minibuses, but also the state rips something inform of taxes.

Schools and colleges within the urban centers will continue advocating for minibuses considering the capacity and cost involved. When compared to taxis, minibuses prove to be more economical as they can transport 15 – 20 passengers or more at a go. A school will be required to hire more taxis compared to minibuses while ferrying the same number of students. This means that there is less number of vehicles in town at a certain time of the day thus reducing congestion. The expenses incurred when using minibuses cannot compare with those of taxis. The cost of transporting a bunch of 20 students might be equivalent to that of transporting four students in a taxi. The main reason as to why minibuses get the nod in these situations is that they encourage savings.

Most petty accidents in cities are contributed by the unnecessary congestion. The conflicts between pedestrians and vehicles get worse due to uncontrolled traffic and pedestrians. With the availability of cheap public transport through the minibuses, the cities experience low traffic reducing the chances of accidents.

The benefits of minibuses are diverse and they affect the state, the private sector and the public. An investor in this form of transport stands to benefit a lot, as the mode is more popular to the public compared to taxis. This is because most taxis expect to be hired and therefore they do not provide direct public transport. Maintaining minibuses is fair compared to taxis and any proprietor is likely to enjoy low maintenance costs meaning greater profit margin.

In summary, here is a highlight of the benefits:

- Source of taxes to the state

- Source of income to the private sector

The African-urban transport requirements and situation popularize the use of minibuses, as the benefits are genuine.