In the classic movies, future cars can fly or transform. Albeit this is not the case in the near automotive future, most of the technology we know now will have changed or advance to a whole different level. We live in a world that is biased when it comes to safety and thus you are right if you guessed that future auto technology will be more on the safety side.

dashboard of the future
Image source:motorauthority.com

It is obvious that we are not close to seeing an average car that flies but what we will experience in the near future is cars that will assist you in driving along the road. Systems have already been installed in vehicles to assist in keeping you safe by either giving you a warning or adjusting some settings to ensure that you are safe. Some of these include tightening the seat belt or charging up the brake system when driving at higher speeds just to make sure that the system is at its best. Well, this is a technology that we can expect to see in standard vehicles in the near future though it has already been tested and used on some models.

Well, this might be only found in TV shows and movies but it is actually not as impossible as we might think. Though not a technology we can expect to see in standard vehicles, it is something that is being developed by Google engineers and tested on public roads. The cars are computerized and will take road images, find alternative routes and can see traffic lights that are not easily visible to the human eye. With technologies such as ‘platooning’, which means cars driving close to each other while in communication, then it is believed that the future will have less accidents and traffic jams. 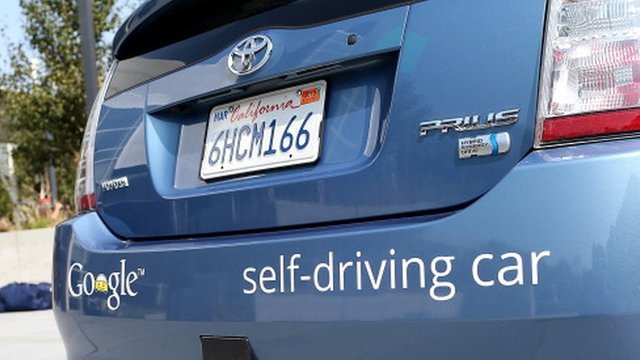 In the next 30 or so years auto propulsion technology will almost be at the same level. This simply means that most of the vehicles that will be produced will be hybrid. Among the most challenging part of such vehicle is the fact that the batteries occupy large space. To maximize on space and have more energy, the energy-storing body panels will work magic in saving the environment. This might just be taken to a new level of panels that can capture solar energy and store it. There is much more to see in future and all we can do for now is sit and wait for the engineers to unveil their masterpieces.

Right now, we have vehicles with amazing dashboards that have GPS screens and high-end technology, but the future is actually brighter with vehicles expected to have a windscreen display that will identify objects and display them with some important details. This can be likened to the many robot movies that have machines or humans that look at objects and information just pops up on a screen. This will assist in warning you when you are approaching a car faster than you should and assist you in maneuvering to avoid collisions.

Toyota Prius – in future every car will be a hybrid or full electric
Image source: www.thegreencarwebsite.co.uk