Ask me and I will tell you that Naguru has a Japanese ring to it, especially when you compare it to Nagoya. However, though thousands of miles apart, these two places have something in common. They are both home to Ugandan pugilist and trainer, Ima Geoffrey. He moved from his slum town of Naguru in Uganda 10 years ago to pursue a boxing trainer job in Japan. 10 years later, he has amassed a lot of experience in boxing and he has a lot to offer trainees and would-be pugilists.

“If you do not get into the ring once or twice, then you are a coward”

Speaking of his birthplace Naguru, he says that it was a sports town because sport was seen as the only way out of the low life. It was either rugby and football, or boxing, and Ima and his two brothers chose boxing. Ima loved the sport too much that when he started having unexplained headaches and doctors advised him to take a break from boxing, he went ahead and enrolled in elementary boxing training.

This, he says, was the only way to stay in boxing even if he did not make professional boxer. Later, Ima decided that he could not afford to be limited, not after his brother John Bosco Waigo competed for Uganda in the 1988 Seoul Olympics. Eight members of the Uganda boxing team were from Naguru and later, most of them turned professional and went on to box for England, Denmark, Germany and other countries.

He applied as a volunteer trainer at the gym of one of his townsmen who moved to Japan and two years later, Ima started working at Chunichi Boxing Gym. 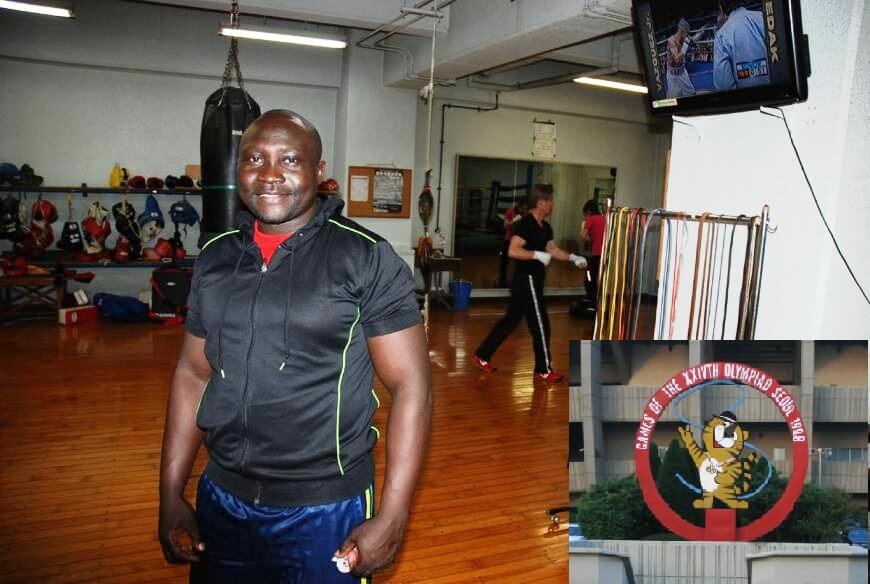 Ima at his workplace. Inset is the mascot for the 1988 Olympics where Ima’s brother competed in boxing
Image source: http://www.japantimes.co.jp/

A clash of cultures

“We Africans don’t know how to keep time …,” Ima says of his experience in Japan. Nobuo Azuma, the owner of the gym where Ima works is tempted to chew and spit Ima out when he doesn’t make time. However, Ima has learned to be there on time. If there is a trainee on Sunday (Ima’s free day), his boss will call him to go to work. Ima says that his boss’ strictness has helped make him better.

Ima has had a few scuffles with the authorities, especially after his wife was arrested for overstaying her tourist visa and detained in the Nagoya immigration office for a year and three months. However, she is now out on provisional release and has applied for refugee status.

Ima has two pieces of advice for would-be pugilists:

Two, aggression is forged by a person – No one can teach a boxer how to be aggressive. He says of a trainee who lost seven times, yet kept coming back. Eventually, he won three professional matches.

Once again, here is someone who is doing Africa proud beyond her borders. We can only wish him all the best. 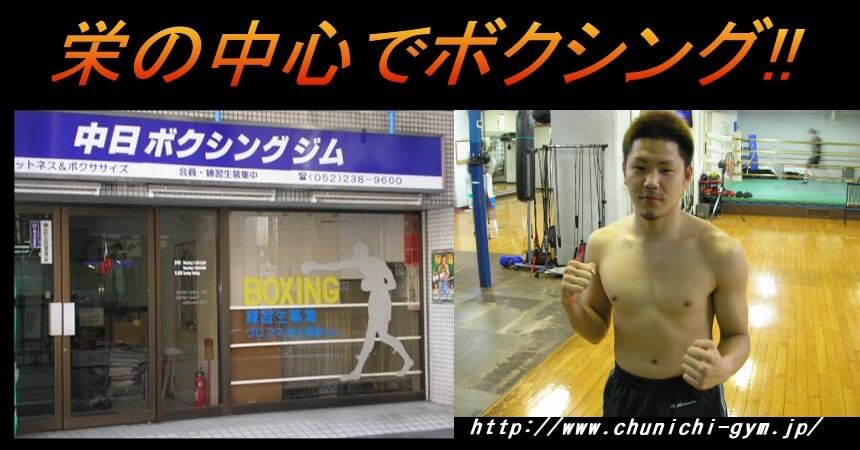