A hush fell on the Kenya’s public transport industry when the new integrated national transport policy was announced for implementation back in the year 2010. The policy whose aim was to abolish use of the then 14-seater minivans in the provision of public transport services had a broader objective: to ensure affordable, safe and efficient transport services. Besides the mixed feelings among the transport stakeholders, the implementation of the policy brought noticeable changes to the industry as a whole.

How the broader objective was achieved

In fact, traffic laws – Traffic Act Cap 403 of 1993 regulate the public transport business in Kenya. Despite the provisions, many lives were lost to fatal road accidents due to factors such as wanton disregard of some provisions of this act. Aspects of corruption and poor governance fueled these accidents. In addition, careless driving, cutthroat competition and poor vehicle maintenance characterized most of these accidents.

The worsening of the situation in the transport sector called for action. Therefore, the government introduced the legal notice number 161 in 2003 to regulate conduct of business as it sought more remedies for implementation, thus the new policy. The policy stipulated clear steps to achieve the abolition exercise: no license is to be granted for the 14-seater minivans. Those in operation will be phased out by natural attrition. Since the implementation of this policy took effect from January 1, 2011, besides the shift to higher capacity vehicles, there has been seen a high demand for Toyota Probox.

Link for upsurge in demand for Toyota Probox

As you will realize, paratransit controls about 80% of the public transport in Kenya. As was expected, the abolition of the then 14-seater minivans had ripple effects to all stakeholders in Kenya’s transport industry. Both the local and central governments lost tax revenues. Insurance firms lost associated businesses. About 56,000 jobs were lost as the owners of these minivans could no longer secure licenses for the operation of their businesses. They have been exiting the public transport industry. On the brighter side, however, positive opportunities sprout. Among these opportunities is the surge in demand for Toyota Probox/succeed among the middle class people. 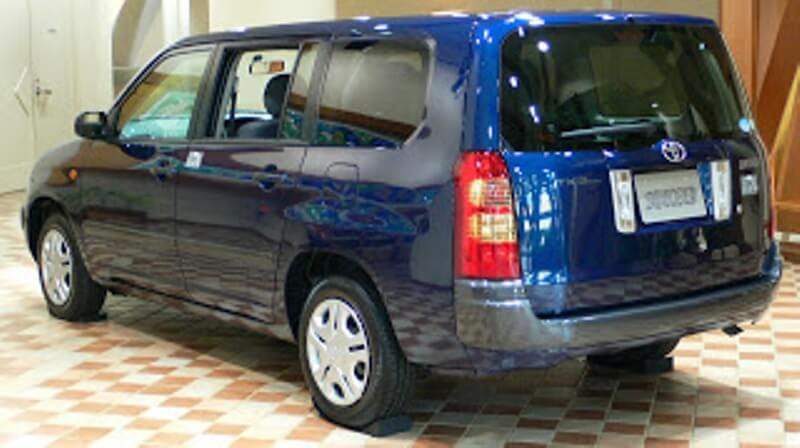 The Toyota Probox and the succeed wagons are a good vehicles no doubt, but on the other hand, they are a disaster in the making for this country. In fact, it would have been better to retain the 14-seater vans because they earned the government a lot of revenue. However, it is a different tale altogether. The Probox is being used to ferry more passengers crammed everywhere, even in the boot, in most rural areas in Kenya. The passengers do not care about the danger they place themselves in and the operators only care for a quick buck. You can imagine all of 7 passengers in the boot, 2 in the front passenger seat, and the passenger seats at the back carrying 5. In total, this car can ferry 14 passengers, and their cargo on the improvised carrier. Mind you, it is only supposed to carry 4 passengers. But then, this is Kenya. People break the law with abandon.