To cry or to laugh… One wonders. On one side, there are many benefits to motorbike taxis taking over cab services in Africa and on the other side, there are just as many downsides. They are fast, can penetrate into the narrow streets and alleys of towns without any hindrance, can take a passenger to the doorstep of their home, and they are so cheap. However, on the same note, they are among the leading cause of deaths on the roads of Africa. This is the chief reason why you may want to get into that Toyota taxi and pay more if you love your life. 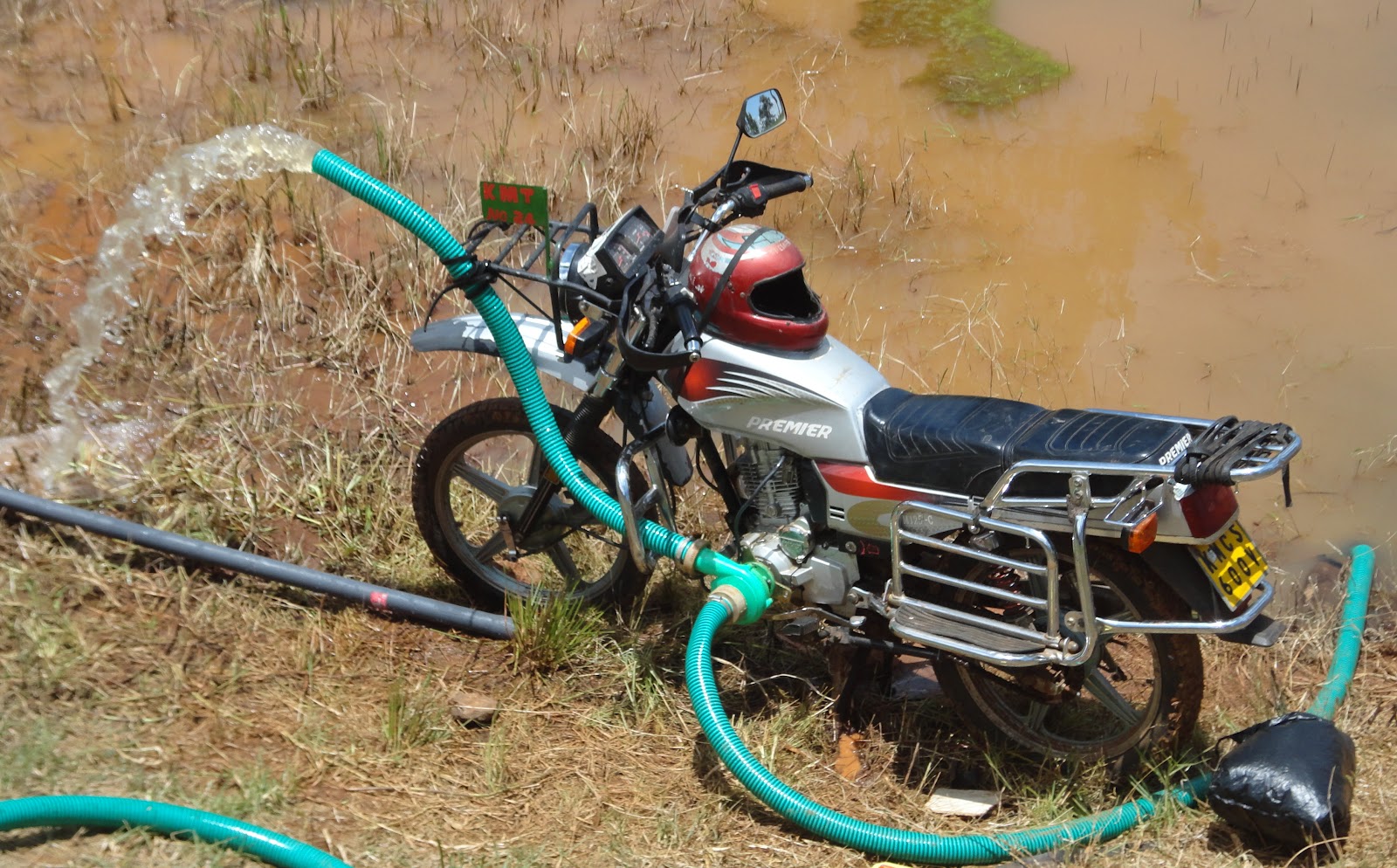 There are more uses for motorbikes in Kenya
Image source: ngaruamaarifa.blogspot.com

Starting the late 80s, there was an explosion in rural urban migration in Africa. This led to fast rising populations and with higher population, there was bound to be more movement. The public and private transport means could hardly keep up with the demand and from the gaping necessity, a solution was born, in the form of the two and three-wheeled taxi.

The Boda-boda in East Africa

In East Africa, they are referred to as boda boda, a name coined from the phrase border to border. Years ago, bicycle taxis were used to ferry passengers and goods in the border town of Busia, referred to as such because it strands the Kenya Uganda border. Thus, from shouting for fare to ferry them from one the Kenyan border to the Uganda border, the riders are accredited with the phrase boda-boda.

In South Africa, the motorbike taxi is preferred to other modes of transport because of speed and flexibility. It is the ideal way to beat the traffic jam in the morning. You will know that you have arrived in Johannesburg when you find the roads clogged with three wheeler tuk-tuks. Take a lift in the three-wheeler taxi, popularly referred to as the tuk-tuk. It is versatile and affordable. This be how we ride in Jo’burg – a happy cab
Image Source: smileyfacetours.com

In Liberia, the Pehn-Pehn (motorbike taxi), has been banned, as of late November 2013. This, the authorities say, was after safety concerns, rise in road accidents, injuries and deaths. The ban was effected after a Pehn-Pehn driver was killed in a collision with a school bus and in retaliation; an angry mob set the school bus on fire. Such are the kinds of problems that beleaguer our roads in Africa, everyday demises. Needless to say, the ban has left a huge vacuum in public transport in Monrovia, inconveniencing passengers. Cab drivers have risen to the occasion with glee, raising the fare.

In Nigeria, one of the biggest economies in Africa, the motorbike taxi is referred to as Okada, after the defunct Okada airline. With the city of Lagos headed to claim the title of a “mega city” in ten years time, it is only fair to expect more movement, and perhaps more okadas, the bullet train? We will see. The population in Lagos Nigeria will hit 16 million in less than a decade
Image source: www.informationng.com