The siren behind you, you stop the car, stay inside the car as the officer approaches your window, asks to see your driving license. You hand it over politely. He asks more questions, you answer them politely, following every response with a very respectful ” sir”. 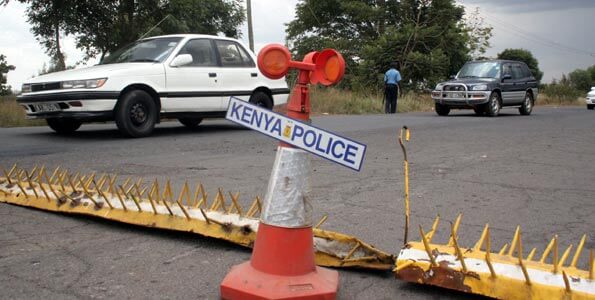 A roadblock on a Kenyan Highway
Image source: www.jambonewspot.com

Yes, that is what we see on the movies. Back to our roads in Kenya and things are the exact opposite. A police officer stops you for overlapping or obstruction and the next thing that pops into mind is run, run like the devil is after you. Then you realize that you wont get far because they already have your registration numbers and therefore you stop.

You get out of the car and approach the traffic officer, talk to him in your mother tongue to identify whether he is of your tribe and then start giving all manner of excuses. But that won’t cut. He wants to get in the front passenger seat, so that you can drive over to the police station, be booked in for a traffic offense, pay the bail and go to court the following day. However, if you are a young Nairobi girl, driving your first car, a Toyota Vitz that was probably paid for by your elderly boyfriend who could only last 7 seconds in bed, you think you are too smart, that you know the law and you resist the attempts of the police officer to board your vehicle. You tell him you will drive yourself to the police station, he insists on getting in, you resist and…

For years, Kenyan traffic officers have been the subject of many controversial discussions around the beer tables. To board or not to board a car after they arrest a driver in the wrong? This is the bone of contention for many people.

What does the constitution of Kenya say about this?

If a police officer stops a motorist in Kenya, the motorist should stop. It is an offense not to stop, irrespective of whatever reason they have been stopped for.

Therefore, as for the debate raging about whether the two police constables who died when terrorists whose car they had boarded to escort to Pangani Police station detonated the improvised explosive devices were right to do so, the discussion is way out of topic. In Kenya, people notoriously disobey the law without minding the consequences, because there are so many loopholes in the current constitution that was promulgated in 2010. Only a fool would be silly enough to think that terrorists will drive themselves to a police station as ordered. 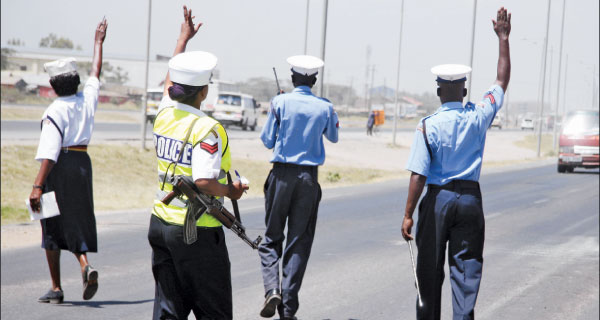 The traffic police officers in Kenya have many times been accused of corruption
Image source: www.standardmedia.co.ke

Among some of the issues being raised is that the police offices demand to enter a car to solicit for bribes. How true or not this is remains to be seen, but you got to give it to the Kenyan cops because the really do have a way of wanting to make quick money from unwary motorists.

My guess is that from now onwards, traffic officers will think some more before boarding a suspicious car. Whether you let the cop in when you have been arrested or stopped for a traffic offense is up to you, but little birdie in the air tells me if you say no, you could be booked for two offenses – the traffic one, and resisting arrest.