Internationally known as Emmanuel Adebayor, Sheyi Emmanuel Adebayor is a Togolese soccer player who plays striker for Tottenham Hotspurs in the English premier league and for his Togo national team. Born in 26th February 1984, the soccer star has got it made in both career and lifestyle. Having played for major clubs in Europe, Adebayor has sharpened his skills on the ball, which is the main reason why he is among the best paid and sort after strikers. Some of the clubs that Adebayor has played for include Manchester City, Real Madrid, Arsenal, Monaco, and Metz. All his efforts have not gone unnoticed since he was voted as African Footballer of the Year in 2008. 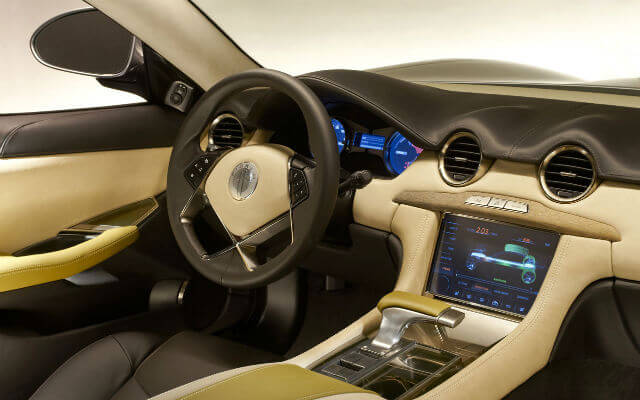 In his international career, Adebayor was eligible to play for Nigeria but instead chose to make it happen for his country of birth Togo. In 2010, Adebayor was on the bus carrying the Togo team that was attacked in Angola leading to the withdrawal of Togo from the African Cup of nations (AFCON). AFCON 2013 is starting on 19th January and Adebayor is expected to be part of the Togo team. All hopes are high for this football star as people expect the son of the African soil to bring home the soccer magic, as he does in Europe.

Just like any other celebrity, Adebayor has really decorated his garage with posh automobiles, maybe for movement or for status purposes. One of the rides that will not escape notice is the Fisker Karma that he recently acquired. This is an environmental friendly car that keeps the sleek posh look while not making Mother Nature angry. In a nutshell the Fisker Karma is sexy design and impressive sustainability all rolled up into one vehicle.

Emmanuel might be a lover of nature because this vehicle consumes no gas for the first 50 miles which means less emission. The vehicle has a foundation worth looking at especially with the 260 horsepower 4-cylinder engine that drives a mighty generator. As opposed to the cars we are used to, the engine under the hood is not to drive the wheels; it drives the generator which in turn produces electricity that drives the two powerful motors attached to the vehicle’s rear wheels. The motors drive 402 horsepower to the car’s differential which is good enough for great performance. 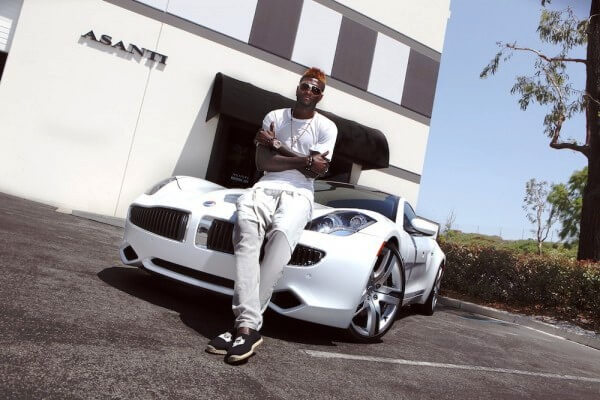 Emmanuel Adebayor might have injected something in the neighborhood of $100,000 for this beauty but the benefits sure do shadow the amount of dollars on the price tag. The fact that the engine is used to power the generator is the reason why the vehicle excels in mileage. Doing 40 mpg on the highway and 35 mpg in the city is quite impressive. It might be the looks or the whole concept of nature friendliness that attracted the football star, but at the end of the day, he can move from point a to B easily and efficiently without having to compromise his flashy status.