Subaru Forester is killing its sisters- Impreza, Legacy, Leon (if its still there) and others! And guess what, it is soon coming to South Africa! Coming to South Africa in March this year (2013) will mean more than just that. It needs to involve serious improvements, upgrading, and optimization. With all these in mind, Subaru Forester has seen a lot of improvement in its aesthetic design, safety and the-all-that matters in Africa-fuel economy. This is what is coming to Africa. 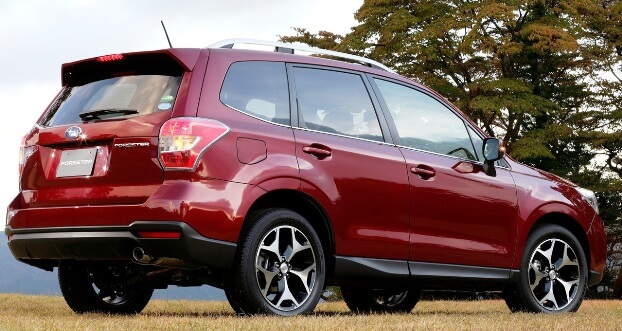 This 2013 mini SUV precedes an even greater Subaru Forester 2014

Part of the almost complete overhaul in design has seen the driver’s position raised a bit- you know the driver needs proper vision when driving, enlarged doors which now fit perfectly for the design, and a tailboard you can simply control with a remote from the comfort of your driving seat. This is quite an incredible experience. Fuel efficiency, ‘all what matters to Africans’ has also been greatly addressed. This will undoubtedly endear it to the African consumers resulting to unprecedented success in terms of sales on the continent.

This model has been rated five-star in terms of safety by the internationally recognized ANCAP and EuroNCAP. Indeed, it is fitted with seven airbags alongside other very critical safety features. South Africa Subaru Marketing manager Ashley Lazarus is upbeat about the move to South Africa and the Forester brand. He promises South Africa and the wider Africa adventurous driving.

When coming to South Africa, several questions still remain. Will the redesign of the model impact any significantly on the expected sales? Has safety issues been exhaustively dealt with? And can the address on fuel economy be said to be adequate to warrant contentedness from the typical African drivers?

Well, most of this will require time to be seen. However, improvements on the model are adequate- according to opinions of many drivers.

So, what do we expect in South Africa?

South Africans stand a great opportunity to benefit from this move. Showrooms in the South Africa will be full to capacity with this new model. Competition is expected to rise steadily in the next couple of months and possibly years. This competition will mean good for the buyers as it might see price reduction for this or other models in a bid to keep in the competition.

The sales for this model will surely rise owing to the improved specifications. These specifications and improvements were informed by a serious and rigorous research geared toward improving the model, and incorporated the views of many, engineers and customers alike.

One comment on “Subaru Forester geared for South Africa in 2013”