Technology is increasingly becoming a worthwhile option in all areas of life and development, in car industries, Agriculture and in all areas of life and now, even politics. Mechanization has slowly paved way for simple automation and eventual digitization. There are minds permanently tuned and focused on ensuring that as many activities and processes as possible are brought to this front. To get this argument, look no farther than Africa in its on-going automation of many processes.

The electioneering process held in Kenya, which was finalized on 4th march 2013 in a very successful general election epitomized effective application of IT to a resoundingly commendable tune. Right from the registration of voters, to the verification of voters’ details to the actual voting process; all these were ably handled with the help of high-tech systems in the just concluded general elections in Kenya, held on March 4 2013. 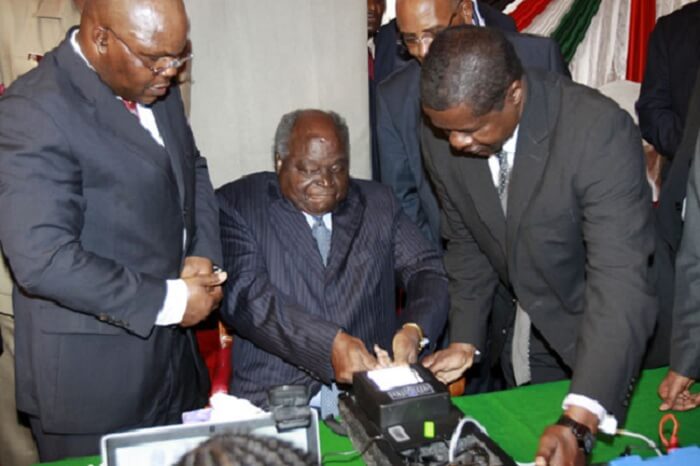 The Biometric Voter Registration kits were acquired late 2012 in a government to government agreement between Kenya and Canada. This saw the official start of the registration period from November 19th 2012 to December 18th the same year. The voters’ details were captured electronically and stored by computers systems to help in the identification stage on the material voting day. The critical details captured included the facial expression and finger prints.

The voter details verification process, aimed at sanitizing the voters registered was equally facilitated by use of IT. The Independent Electoral and Boundaries Commission, IEBC , the constitutional body charged with the task of managing, supervising and presiding over elections in Kenya, used an SMS based platform to enable voters to verify and confirm their registration details. By sending their details to the short code 15872, registered voters were able to confirm their details as registered or otherwise, as well as updating them if they did not fully match their correct details.

On the voting day, the process of identifying the voters was the first, before issuing of ballot papers. A computerized system, identified as BVID (Biometric Voter Identification Devices) had access to the database of registered voters and their details as captured during registration. The biometric information was particularly critical in verifying authenticity of voters. Save for a few hiccups that were registered with these devices on the voting day, their performance across board was above average, as they helped the IEBC in managing a record six national and county elections in one day. Few countries have tried this in the past. Where these systems failed completely, a print out of the available digital register was used in identifying voters. 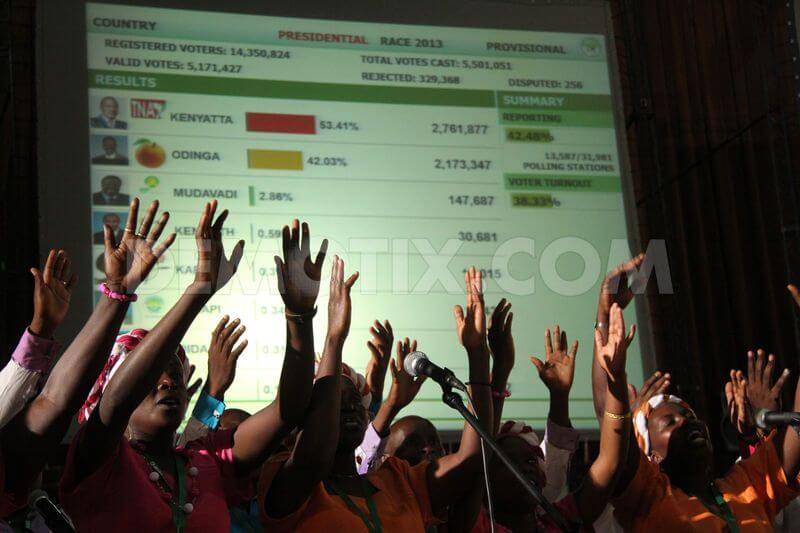 As envisaged, the results would be sent directly to the tallying center in the capital city immediately after the counting at the polling station. However, as is frequently experienced with several systems of similar design, the server designated for receiving these results failed severally, rendering the system utterly unusable amid rumors of possible hacking attacks. Experts argued that the server was simply overstretched to cater for the numerous requests that were being made per second to submit the election results. Pundits blamed the lack of adequate testing on the part of the electoral commission as the major reason behind this malfunction at this critical time.

However, the electoral body vehemently refuted claims of possible hacking attacks sabotage and termed them as malicious, aimed at tarnishing its name and discrediting the whole process.

Other areas of IT in election

In the run-up to the elections, several mobile based applications were made to improve awareness among the citizenry, as well as helping in spreading the message of peace. Some of these projects were initiated and funded by Google in Nairobi and other cities and towns in the country.