Africa is the land of marvels! No one can dispute that, not even the people who still think that Africa is country. From being the cradle of mankind to inventing our own cars, remember the Libyan Rocket, the Laraki Fulgura, Kiira EV car and our wealth in natural resources, we have more in the offing. This is in the form of music.

The African continent was not exactly known for pure jazz, until a talented global voice and modern jazz inspiration came into the limelight, well, gradually, but today, he is the most celebrated musician in Africa. Next to the automotive products made in south Africa, he is the best talent export, made better by time like good wine. He has been awarded the Grammy award twice and he has performed with the who-is-who, the crème de la crème of the music world. His introduction would read like a convention of music stars.

If you glance at his calendar for 2013 for example, the question that pops to mind is … “Does this man ever rest? From concerts in Australia, Finland, Germany, UK to France, his music has kept him on the move.

For over six decades, the jazz composer, multi-instrumentalist, vocal legend and singer Hugh Ramopolo Masekela has been making and releasing music that nourishes the soul. He is undeniably one of the most beloved and popular South African musicians, but his outstanding jazz hits are celebrated the whole world over, keeping Africa on the map internationally.

From a humble African to jazz maestro

Hugh Masekela began his musical journey humbly in the Witbank region of South Africa. Hugh has not only produced his musical pieces for entertainment solely, he has been a renowned agent of political and social transformation. During the apartheid days in South Africa, he used music to pass stories of suffering and pain. Fast-forward to today and he is now one of the most renowned jazz artists in the world. He is also an internationally recognized icon and a vocal-social commentator.

None of Hugh’s releases popular across Africa, and just as popular in Europe. One of his latest good-humored albums is titled the “Playing @ work”. It is typically a double CD. It is his 43rd album. This is equally as fresh and soul nourishing as all his earlier works of art, if not better. The first disc here is upbeat and warmly opens with the “African Hold Hands” track, a much needed and appropriate call for the most needed call for Pan-African union.

The next track in the album sweeps you to another journey, delivering a complete remake of the 1965 classic of Bob Dylan. Hugh Masekela presents the “Baby Blues” and “It’s all over now” in a unique African style. The Soul Rebel presents a simple but very passionate ode to a certain “fighter of human rights”, Bob Nester Marley and it shows uncontested innovation as it finely fuses reggae music with a unique Afro-funk twist. 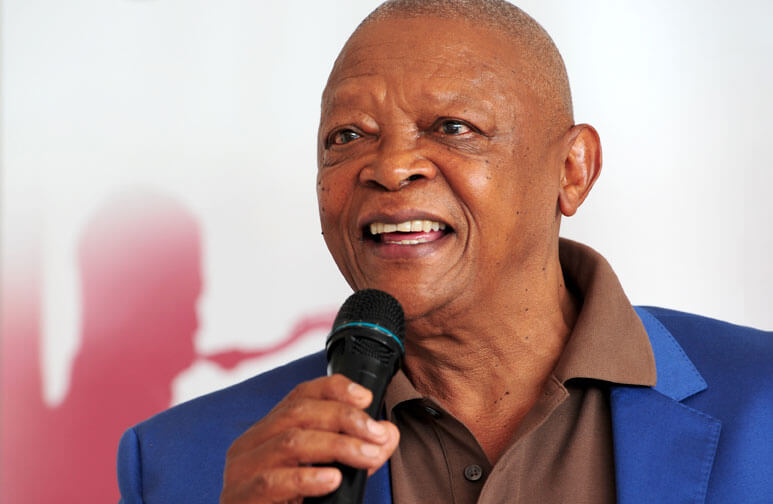