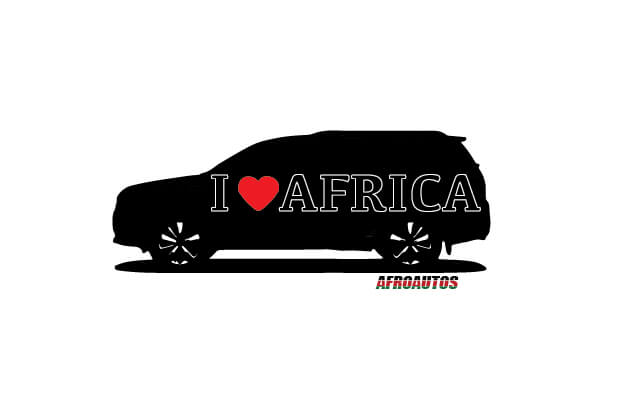 Forget the wars, hunger and corruption. There are two sides to the coin that is Africa, but the international media will never show that! What you will read here will be a revelation. You will know things about Africa, things that you never knew before, and things that will change your perception of Africa forever.

Made in Africa? But of course! And no, not from South Africa. The Laraki Fulgura from Morocco, the Mobius 2 from Kenya, the Libyan Rocket from Libya, Kiira EV car made in Uganda, the African Bulldog from Kenya, the Namibian Uri, and many others.

Africa has everything! It has had everything and it will have more. What about the world scrambling for a piece of the market pie in Africa? Renault has set base in Algeria, Suzuki Maruti and many more will soon follow suit, because Africa is great. 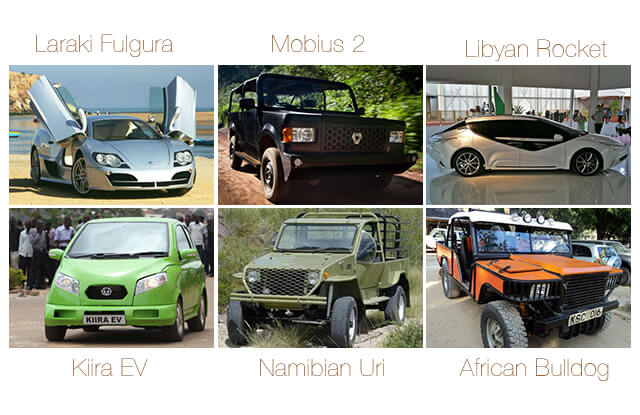 Second Largest Continent in the World

Population of 1,032,532,974 .… so what about it? Africa is the second largest continent in the world and they cannot take that away from us, we are second to Asia! This is good news to marketers because it is a 1 billion strong market, and counting.

So much happens in Africa. For example, there is the Dakar Rally whose origin is Dakar, Senegal. Africa was home to the prehistoric man. It is a land of invention. Necessity has brought about many inventions, including wonderful cars for the African terrain and climate. Need we mention that the climate is as close to summer all year round as you will ever find anywhere?

The history of the early man belongs to Africa. They can take the artifacts away from us and showcase them in their museums, but the truth is that the earliest pre-human fossils were found in Africa, East Africa to be precise, Kenya and Tanzania!

Grab a 4WD car, make an expedition to the Olduvai Gorge in Tanzania or Kariandusi in Kenya, and see the origin of man, not of black man, but of the human race!

The Sahara desert, a marvel of nature indeed is the largest hottest desert in the world. It covers an overwhelming 940,000 sq.km, (360,000 sq. mi). Can you believe there is life in the Sahara? This might be the hottest desert in the world, beating even the Atacama Desert, but you know what? That has not stopped car-racing enthusiasts from holding endurance races there. For example, the 155-mile Sahara race has been taking place every year south of Cairo, Egypt. In 2014, February, there will be another edition of the same. 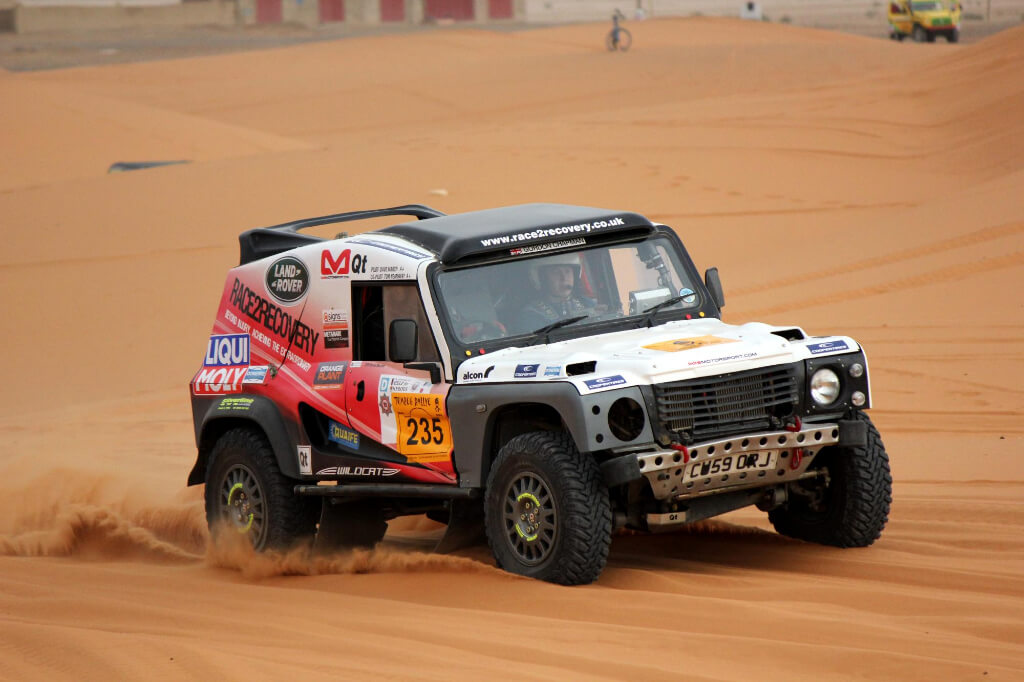 Car racing in the hottest desert in the world

As early as or even before 1500 BC, Egyptian medicine existed. Not that it was any good but at least it was better than anywhere else’. Renowned physicians would treat the sick. The science of embalming and mummification forms some rudiments of medicine, doesn’t it? Herbs and magic were used to assuage pain and effect the cure. Did you know that early Egyptians even practiced massage? And you know what – there was specialization because according to Herodotus … “Each physician treats just one disease. One treats the eye, the other the teeth, some treat of what belongs to the abdomen….” The world has only perfected what we started in Africa. 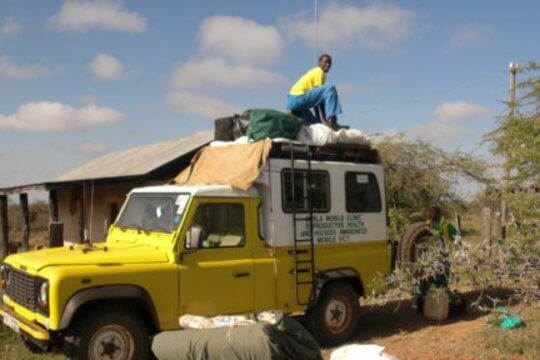 Today, medicine in Africa has taken new dimensions. The mobile clinics , labs and hospitals carry the day all the time, since there are many remote villages where accessing medical care is still a problem.

Hasn’t Mother Nature been generous to us? We have amazing flora and fauna. We have some of the biggest animals of the wild in the world. We have the elephant, the rhinoceros, the Cape buffalo. Oh and the cats too; the lion, leopard and cheetah. We have the crocodile, the hippopotamus and the turtles. Then we have great birds like the heron, flamingos, storks and pelicans. Did we say the chimps, the gorillas and the cunning monkeys? 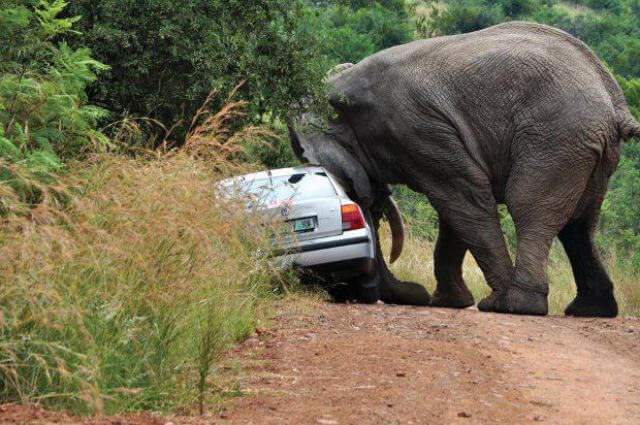 Jumbo taking off anger on a car

Safari and nature expeditions are the order of the day, with people coming from all over ‘the world to see our animals. Needless to say, the cruise (if you can call it that) into the jungle is an adventure on its own, since you have to use dirt roads and trails. This shows the virgin Africa, with a large part of it still untouched by modern civilization. If you surprise a tooth-achy jumbo that is not used to seeing people and cars, it might just flip your safari car over. Be careful! Enjoy from a distance.

Frankly, the only reaction you can expect in Africa is laughter. You ask an African the time in a language he doesn’t understand… and he laughs! You find an African in an embarrassing situation and he laughs. And oh, Africans have a lot of time. You see, they control time, time doesn’t control them. They will wait for the bus the whole day at the bus stop. If it doesn’t come, they will wait again tomorrow. 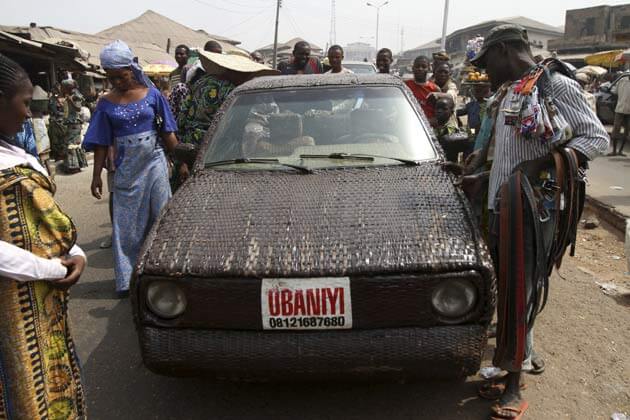 Have you seen the cars made in Africa? The woven car from Nigeria? It is a marvel to say the least. Indeed it’s woven and the first reaction will be… you guessed right, laughter. But hey! It works.

There is bauxite, diamond, gold, timber, chromium, zinc, copper, petroleum and many others. Then there is the indigenous timber in the rain forests of Congo and West Africa. We have fresh water lakes like Victoria, Tanganyika and Lake Malawi, the huge rivers like the Nile, the Limpopo and the Zambezi. There are mountains like Kilimanjaro, Mt Cameroun, Mt Kenya, Mt Stanley, Mt Meru and Table Mountain. Then there is the Great Rift Valley, stretching all the way from Israel to Mozambique in South Africa. It is one of the marvels of nature.

Heavy commercial vehicle and plant manufacturers find Africa irresistible since their heavy machinery is needed to move the ore from the bowels of the earth to the surface for processing. You see, even marketers need Africa, and not the other way round.

What can beat the pyramids of Giza in Egypt? Then there are the pyramids of Meroe, Aksumite and Maghreban architectures. Africa is growing fast and modern architecture, brick and glass is fast taking over. Sorrowfully, our urban centers are fast becoming concrete jungles. However, no one can begrudge us the architectural heritages that include a little of everything. What you find where depends on what colonial master was there. You will find a little of Portuguese, British, Gothic, French, Belgian, Arabic, and Italian architecture and many more.

With the fast urbanization that is happening, Africa offers a lucrative market for heavy commercial vehicles to transport steel and cement, concrete trucks, flat beds and solid waste trucks. These are fast becoming a common sight and more so, expatriate working for multinational construction companies.

Who thinks that Africa needs help? Africa offers help, not to mention a lucrative automobile buying power that the western world is scrambling for. 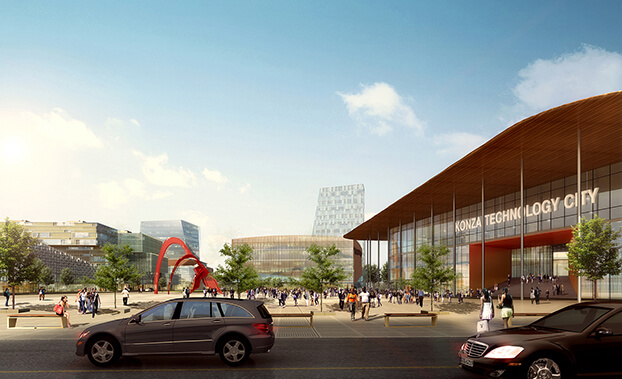