The Mahindra Navistar Trucks for export to South Africa are now in the testing stage. The first batch will be released in the next fiscal year. 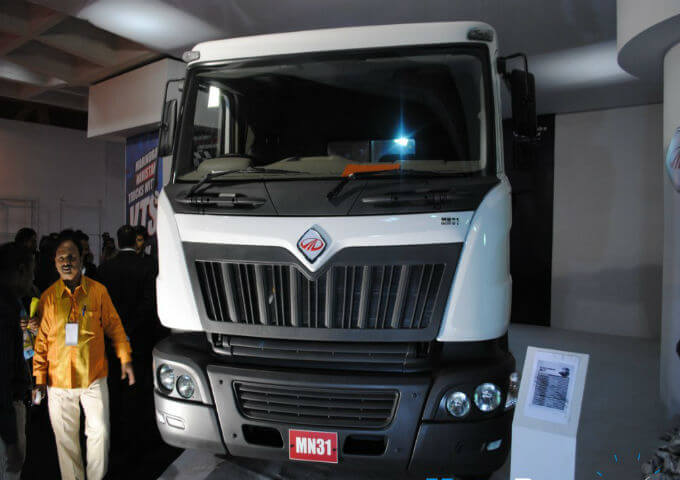 Now, it seems that those efforts are coming to fruition. Mahindra Navistar Automotives Limited (MNAL), a joint venture between Mahindra & Mahindra and Navistar Automotives Inc of the US appear set to set foot in the African truck market. The company has said that the trucks will be exported fully finished, complete units. They have also said that South Africa will just be the start because they will be exploring other right hand drive markets in the whole continent.

The main objective of the company is to export 16 to 25 ton trucks including tippers to South Africa. Now that the trucks for export are in the testing stages, very soon the first batch will be released for the South African market.

How it all started
While Africa is proving to be a lucrative market for many vehicle makers, the first Mahindra Navistar exhibition in South Africa was held soon after the first trucks rolled out of the Chakan manufacture facility in 2010.

They made the decision to start packaging units for export after the exhibition in South Africa proved very successful, with many people showing interest in the trucks. The pursuit of this objective could also have been influenced by the heavy commercial vehicle’s popularity in the Punjab region. The Mahindra Navistar truck sold 100 units in one year of operation in Punjab alone. Currently, the company has sold more than 7000 units from June 2011 in the home market.

A combination of functionality and good price
This might just be the HCV truck that Africa has been waiting for, although it is yet to be seen. While it is not exactly a thoroughbred, you know, like the fully American Navistar trucks that run in America, a combination of Indian and American technology is still very viable for Africa. However, low prices will carry the day for the Mahindra Navistar in South Africa, as they will do for the rest of Africa. 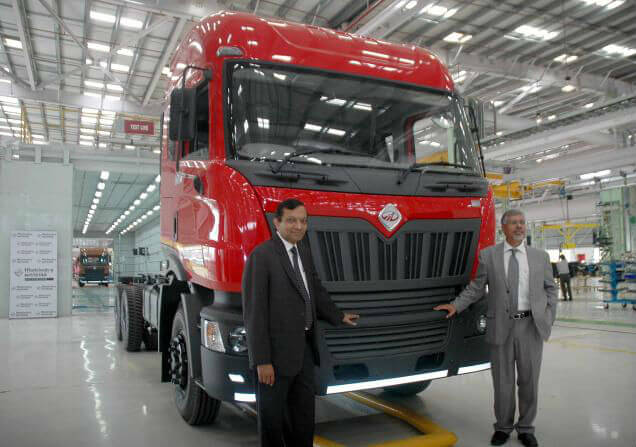 Mahindra & Mahindra is set to buy Navistar’s 49% stake in the joint venture after Navistar decided they could not stay in a joint venture as they were having trouble back home in the US.

Mahindra is not a new name in Africa. This company has sold many units, but this is the first time that they will be releasing a truck for Africa. While India and China have increasingly become the trading partners of choice for Africa, they are yet to flex their muscles forcefully in the vehicle market, which has so far been dominated by Japan.

Why does Africa need a Mahindra Navistar truck? It is growing fast and the need to transport cement, steel, food, liquids, aggregates and many more is still rampant.