This project was named ‘Saroukh el-Jamahiriya’, loosely translated to Libyan Rocket. It was the brainchild of Colonel Muammar Gaddafi. The late Libyan leader designed this stylish sedan with its rocket lookalike nose and tail, hence the fancy name. This project, a special one of its kind in Africa, was financed by LADIC (Libyan Arab Domestic Investment Company). Tesco TS, an Italian firm, did the actual prototype at a cost of $2.85 million. 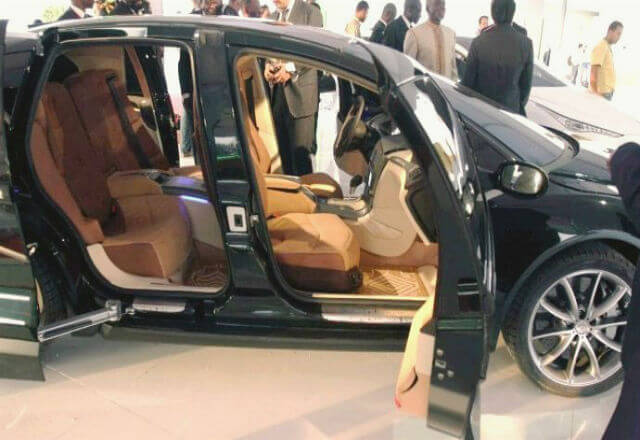 Attributes of the Libyan Rocket
Strong, secure and safe: Following many accidents that claimed the lives of many citizens, this car was designed to save lives, even in the occurrence of accidents. The late Colonel Gaddafi deemed it important to innovate a means of curbing the rampant loss of citizen’s lives in road carnage.

Libyans claimed that their car was the safest in the world, a five-seater sedan that has air bags and bumpers that easily collapse and which protect the passengers in case of an accident. Through this, the dream of Muammar was achieved!

The Libyan rocket is capable of taking several hundred miles on a flat tire, thus making it a real force to reckon with in the wide Libyan Desert. It also is equipped with a system to disable fuel supply in case of a collision accident. Powered by a V6 engine, it can deliver a maximum power of 230 bhp.

The theme behind the launch of this car was to fulfill the happiness of man due to guaranteed safety. The solution to the desert dwellers’ problems has been realized. They can now afford to take a drive across this vast desert courtesy of this ingenious Libyan piece of engineering- the rocket.

The launch of the Rocket
The Libyan rocket was launched in 2009 at the Organization of African Unity conference, when Colonel Gaddafi (then the chairperson of the OAU) was celebrating his 30th anniversary in power. At the same time, other cars made and assembled in Africa were launched. They included the Z-600 from Nigeria, the Matatu (customized passenger mini bus) from Kenya and the Uri from Namibia. Claiming to be the king of kings in Africa then, these launches were seen by many as Gaddafi’s bid to unite Africa further through economic integration of some sort.

Africa’s wake-up call
The Rocket achievement by Colonel Gaddafi caused ripples across the globe. Africa showed the world that it was better able to produce own cars, built for speed and safety. Of course, there have been many other achievements in the auto industry in Africa. For example, the Laraki Fulgura from Morocco is indeed a masterpiece and when it was unveiled in Zurich, everyone knew that the race was on in Africa, to make cars for Africa. This industry had long been a dominion of West and Far East.

Where is the Libyan Rocket now? With the many months’ war that led to the capture and death of the Libyan dictator, many industries came to a standstill in Libya. However, with time, revival is assured and we hope to see more of the V6 Rocket, which qualifies as the ideal African muscle car.