Have you ever looked at the front of a car face to face and felt like it is about to pounce on you or just roar like the king of the jungle? Well, that was an alpha male car. These are the vehicles that would lead the pack just because they have a fierce look that is intimidating and aggressive. Some people prefer the cute vehicles that are generally soft while others like the intimidating vehicles because most of them are high performance machines that are packed with horsepower and roaring engines that match their looks. Here are some of the aggressive cars in the alpha male team. 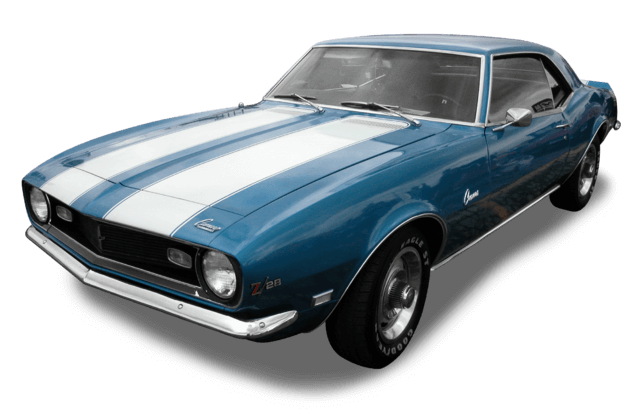 The Chevrolet Camaro is one of a kind and has won its place in the Muscle cars genre
Image source: http://en.wikipedia.org/wiki/Chevrolet_Camaro

With a V8 engine under the hood, this machine could only live up to its energy by getting a sleek but aggressive look. The vehicle has a wide mouth and a compressed upper grille. The newer models have headlights that create a perception of angry eyes. It is as if the vehicle wants to spring into action and catch its prey. Looking at the vehicle face to face with the matured roar coming from the hood gives the vehicle a place in the alpha car inner circle.

The Dodge SRT is a muscle car and it is obvious that for a powerful vehicle the face cannot be soft or what most people term as cute. With a wide mouth combining the lower space and the grille, you can almost believe that the vehicle is roaring with its mouth wide open. The headlights are somehow wider on the edges creating a look of an angry predator. Nothing about the front face of the dodge says “I am a nice car”. It is the kind of vehicle that would intimidate those who are not in love with machines. 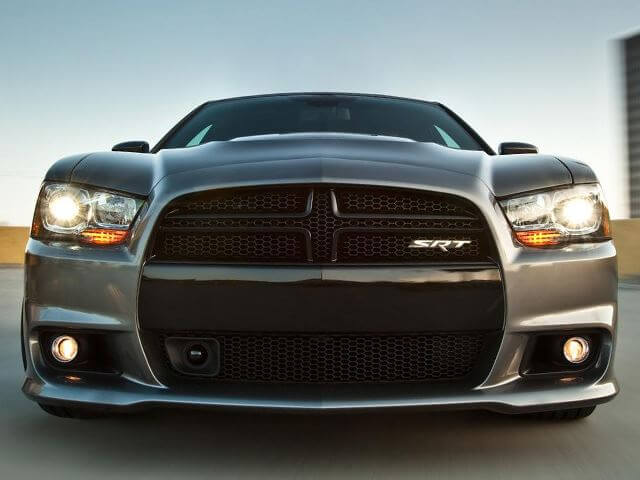 This is the front of a Dodge SRT
Image source: www.carbuzz.com

When you are talking about the mustang, you should not mistake the small but hardy horses with cute ponies. Be sure to get what you see. Ford mustang is one of the most aggressive vehicles on the road today. The manufacturer made sure that there was a difference such that instead of the aerodynamic shape that is adopted by most vehicles, the mustang has a reversed nose that gives it an image of a charging bull. You can almost see the frowning face of the vehicle and the headlights just make it more intimidating. As much as the performance is concerned, you will get nothing short of what you see.

The Mitsubishi Lancer EX comes from a family of not so aggressive vehicles but has to be in this list. The designers at Mitsubishi decided that the Lancer would get out of the shy soft look and join the big boys in the Alpha male pack. The vehicle has a large mouth with the Mitsubishi logo taking the center stage on the upper grille. The headlights complement the anger filled look that just tells you the vehicle is not a loser in speed and performance. That’s it for this list. What are some of the vehicles you consider ‘Alpha cars’ ? And the list goes on