Forget TopGear… that is BBC. Here in Africa, we have our own motor events and shows. If you love stunts and enjoy extreme car events, you will love the rhino charge in Kenya and the Sahara Desert Race. In these events, you will meet your favorite riders, drivers and high achievers who have reached the pinnacle of motor sports achievements. What are these events? Well, in the section that follows, you will learn what these and other similar events are all about, where they take place and what kinds of vehicles are involved. 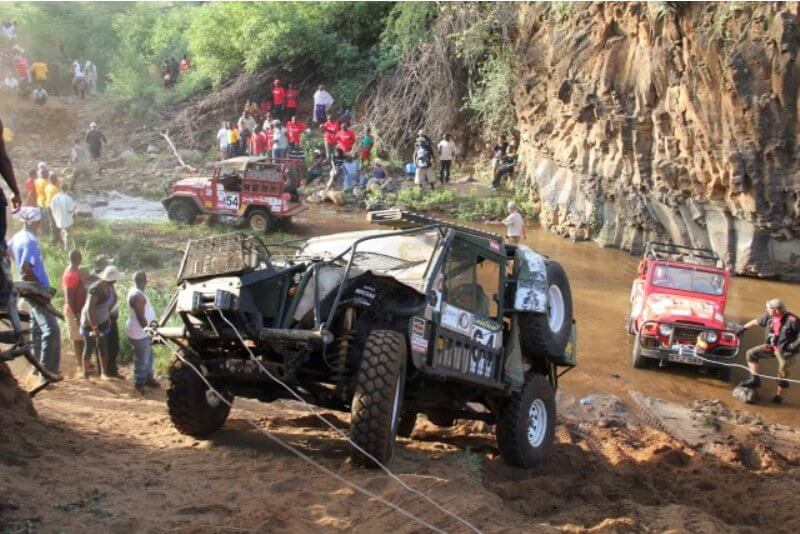 The Rhino Charge in Kenya

The popularity of Rhino Charge dates back to 1989 when the idea of off-road motorsports competition was born, the event organized and held in Kenya with the primary objective of raising funds to be used in conserving the ecosystem in Aberdare area in Laikipia County. Since then, the Rhino Ark Charitable Trust has been organizing and holding this annual event to support this noble cause. However, in 2010, this Trust expanded its focus to include other ecosystems like Mt. Kenya, Mau Forest and Mt Eburu.

Usually, within 10 hours, the excited participants from across the globe would be required to use their respective high skill levels to drive and navigate through the 100 square kilometres trackless and obviously challenging terrain of the Aberdare region. However would be required to sojourn 13 Guard Posts using the shortest route possible. With the number and level of possible challenges awaiting participants during the competition, speed is usually a non factor in determining winners.

When the idea was conceived and the event organized back in February 4, 1989, only 31 vehicles entered the competition. However the winner of this first event ever, Travellers Allison was driving a Suzuki Jeep. 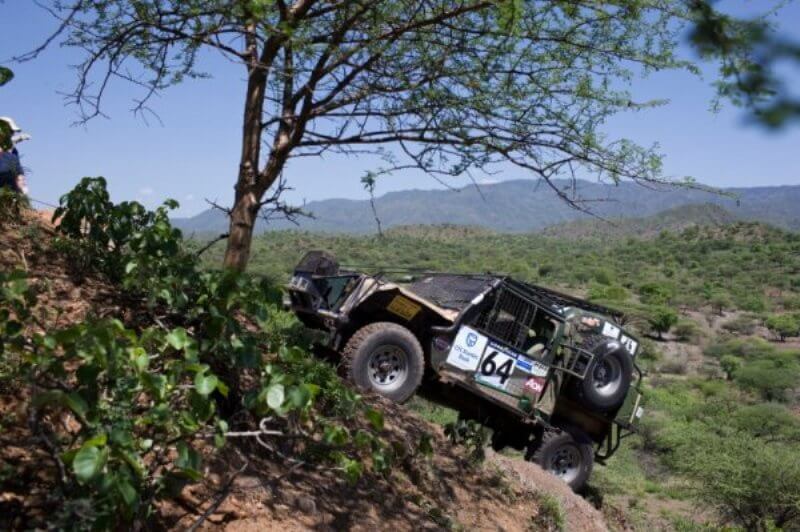 A vehicle in action during the 2009 Rhino Charge
Image source: http://en.wikipedia.org/

The Sahara Desert Race aka the Marathon of the Sands aka Sahara Marathon, a 10-day annual event usually held in South Morocco was first conceived in 1986. Obviously, it is the toughest foot race any man can ever participate.

The self supported participants are required to cover 250 kilometre stretch across the famous yet challenging Sahara desert. The race involves taking 6 stages in 7 days, that is, 86km 4-marathons in 4 days, a 1-day resting period and a final 2 km in 2 days. 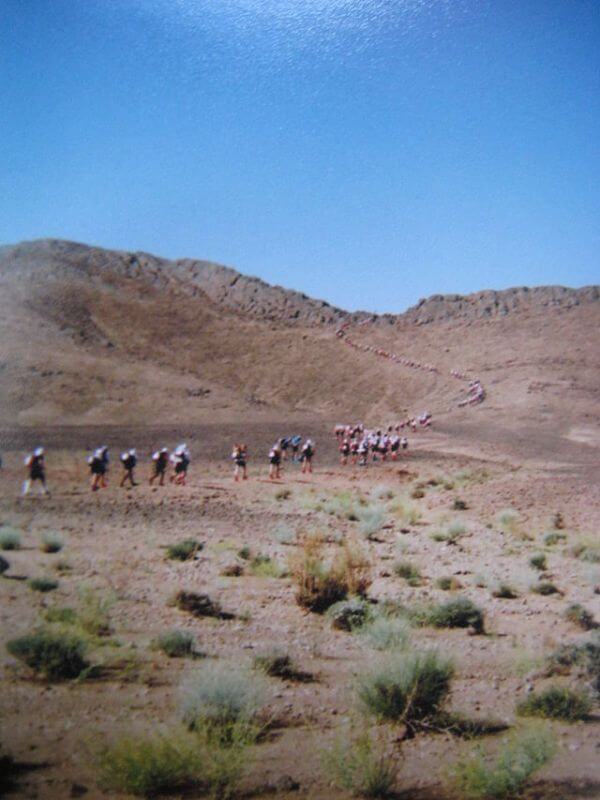 The itinerary of this sports competition

Unlike the Rhino Charge, the Sahara Desert Race is not a car event per se. However, due to the challenges occasioned by the desert in the 10 day period, 100 terrain special vehicles are used to ferry participants to their first camp, track them up to the 9th day and then ferry them back to take their flights after cerebrations on the 10th and final day of the competition.