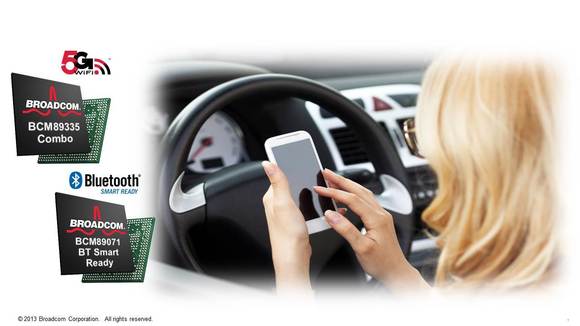 Bluetooth began as a feature found only in high-end cars, introduced as way to make hands-free phone calls behind the wheel. The auto industry standard for wirelessly connecting portable devices has since become a prevalent feature in most new vehicles. As smart phones become the preferred method for delivering internet-based content to car infotainment systems, Bluetooth provides the nearly indispensable link. For many, Bluetooth is merely a safer way to make calls while driving, but there are many more reasons to wirelessly connect your phone with your car which include;

The Hands-Free Profile (HFP) that enables speakerphone calling is a part of Bluetooth service. The car stereo’s speakers and a microphone hidden somewhere in the cabin take over the output and input of audio during calls while driving. Almost all hands-free systems include some sort of caller ID system, but the best take advantage of HFP’s sister profile, the Phone Book Access Profile, to sync the contacts stored on the phone to display the names of callers, browse an address book of known contacts, and gain access to logs of recently missed, received and dialed calls. Only recently gaining widespread adoption, the Advanced Audio Distribution Profile allows the connected car audio system to receive stereo audio from a connected Bluetooth phone. The wireless connection used to carry voice data for the hands-free can now be used to listen to music stored in the phone, stream from an internet radio service such as Pandora or Spotify, or listen to podcasts or audio books.

This is probably the most recent Bluetooth standard to gain widespread adoption in the automotive industry. The Message Access Profile (MAP) gives Bluetooth-connected receiver a bidirectional access to SMS messages in the phone. Incoming messages can be read aloud while driving, relieving the temptation to reach the phone every time the notification sounds for fear of missing important message. Many Bluetooth-enabled phones are capable of what is called data tethering, which allows the handset to share its internet connection with a connected device. However, car stereos, such as the Parrot Asteroid, or OEM infotainment systems, such as Toyota Entune require very little data to do their thing, making them prime candidates for taking advantage of Bluetooth tethering. Some infotainment systems can use Bluetooth to take control of the Apps that are already in the smart phone.

Nowadays every handset can do all of the things discussed above without physical connection. Bluetooth is an evolving standard and it’s getting feature.