“Why me? Everyone on this road is speeding, and well over the limit too!” Cried one motorist indignantly after he was pulled over for speeding.

“Have you ever gone fishing” Asked the traffic officer

“Yes, but what does that have to do with this”

“Well”, answered the traffic officer “When fishing, did you catch all the fish?”

Traffic officers can be smart alecks, but motorists can pull off really hilarious excuses. This is a speed limit sign meaning you should not drive over 50km/h Image source: http://en.wikipedia.org/wiki/Speed_limit

Speeding attracts hefty fines and strict penalties in many countries. To this effect, drivers often come up with excuses, some of them hilarious anytime their speedometer reads above the set speed limits. Anything to help them escape the police net! Some of these hilarious excuses are released to the public occasionally to teach them a lesson. You are advised to obey the speed limit always, regardless of the circumstances, lest you are stopped by a traffic officer who doesn’t give a damn about how you had to find a place to pee.

Here are some of the most ridiculous excuses:

This is a popular excuse. The traffic officers have heard this a million times. Hence, if you are using this to veer off the speeding ticket, it might get you into more trouble. For instance, the police may be on the lookout for foreigners. You will make their work easier in court since the case will be uncontested. If you are a local, a look on your license will sell you off. Overall, this excuse works only when you are stopped by a bored cop, if they are ever bored.

Some drivers go to the extent of telling the officers they had to over speed to answer a nature call. It is a lame excuse yet it has helped a few people to escape the speed ticket. Lady drivers are often known to drop such excuses. However, it might not work if there is a washroom in the near vicinity. The officer may offer to wait by your car until you get back.

“My mechanic advised so”

Some drivers have at certain times, when they are pulled over shouldered their mistakes on their mechanics. For example, some will even go to the extent of telling the officer that their mechanic told them to keep their RPMs high, so that they can shift gears and so forth… anything to escape that ticket. The traffic police will simply tell you to get another mechanic and just in time, they will give you the speed ticket.

“My gas tank needs a refill”

It is another popular excuse, which the cops hear regularly. Nevertheless, they will pull you over anyhow. The police already know that one uses more fuel when driving at a high speed. Hence, they will not heed to your pleas.

Would you believe it? Some drivers have given the excuse of having left money at home. Hence, they have to speed so that they go and offset the bill prior to the closing of the joint. You will be lucky if the cop does not give you the dreaded speed ticket.

“I don’t have a license. I left it on top of the stove and is on”

It is a funny excuse. However, it has helped a few drivers to escape being ensnared by the traffic police. If you get away with it, you will avoid the charges for speeding as well as for not carrying a license. 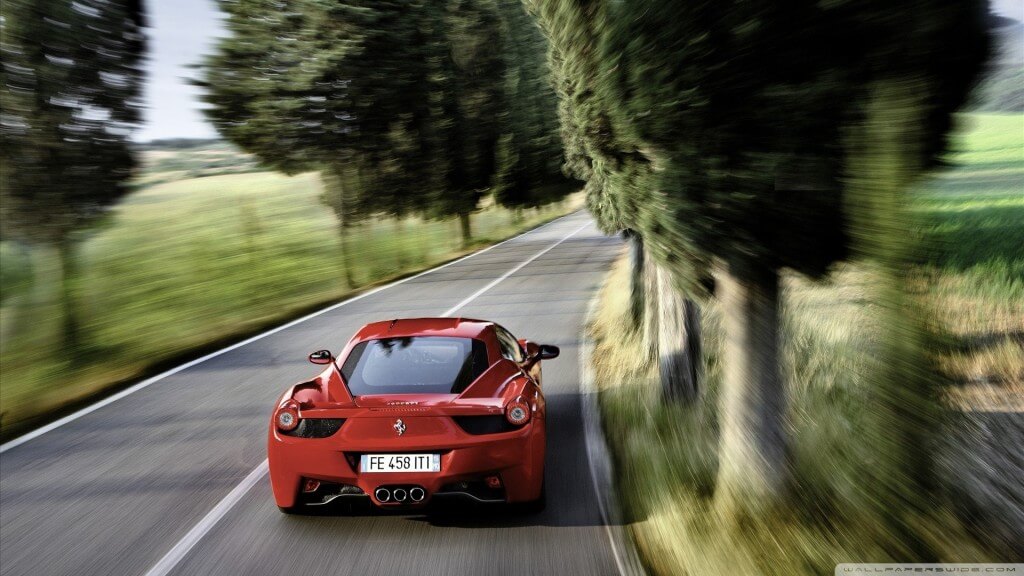 This is how a speeding Ferrari looks like
Image source: freehdw.com

This is a reason given by some women. They will confidently pose as having labor pains, to escape from the traffic officers. One may get away with this if the police are not keen enough. However, if they come to know that you are just lying, then a speed ticket will be unavoidable.