Nelson Mandela is one of the greatest African leaders, celebrated around the world even in his absence. Looking beyond the greatness and the fame, Mandela had a personal life with normal liking for things such as cars. Cars were one of the joys that Mandela had in his life especially when he was a young lawyer prior to joining the African National Congress to fight against the apartheid government in South Africa. 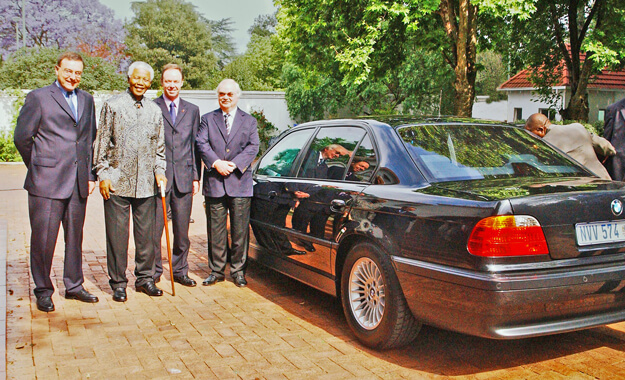 The recent film about the great south African Leader ‘Mandela: Long Walk to Freedom’ shows how much this great statesman loved vehicles. The director of the movie, Justin Chadwick described Mandela as a car fanatic such that he had to collect over 500 vintage cars to make the movie making the collection material for the Guinness Book of Records.

One important vehicle that Mandela loved was the ancient Chevy he drove as a young man. Mandela must have been proud of the vehicle because it was one of the first automobiles he ever owned in his youth. The same model vehicle has appeared in Justin Chadwick’s movie a number of times together with the other early models of different vehicle manufacturers.

Apart from the Chevrolet, Mandela had another iconic vehicle, the red Mercedes Benz S Class S500 W126. This vehicle was a gift to Nelson Mandela from the Mercedes Benz workers in South Africa when he became their first black president of the nation in 1994. The workers joined forces and made a unique car designed for the leader. The vehicle was made by hand in after hours, the parts were provided by the plant and the project took only four days to complete. The vehicle is today displayed at the Apartheid museum in Johannesburg as a piece of the larger history of the African son who changed the world. The vehicle has a special registration plate: 999 NRM GP with the NRM standing for Nelson Rolihlahla Mandela.

Then there was the Toyota Cressida, the vehicle that drove Mandela from prison to freedom. The vehicle was from Khan’s family but cannot be traced. There are many collectors from around the world that can pay a boatload of money to get their hands on the Cressida but the vehicle has since disappeared. Although it did not belong to him, it is one of the most important automobiles associated with his life. 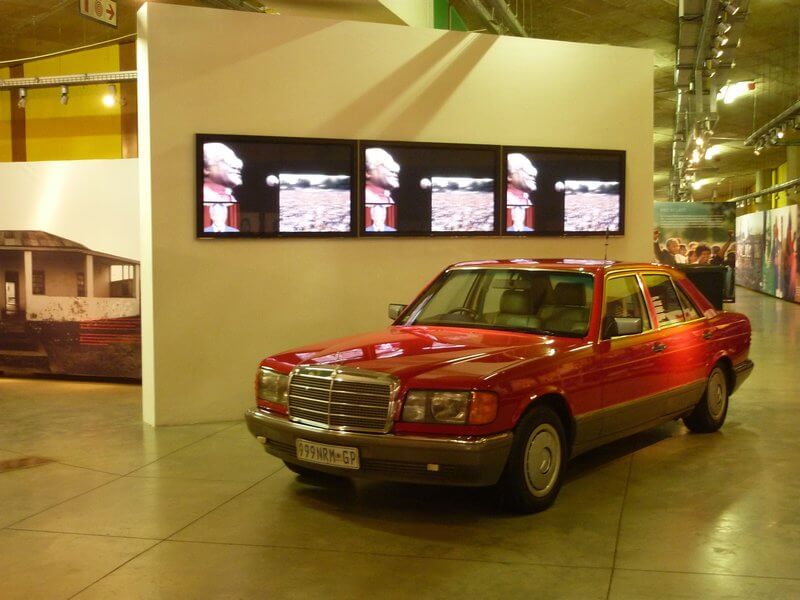 The late Mandela was a vehicle enthusiast and when he got into power, he used powerful rides and after he retired from active politics, he still had great rides. The E67 BMW7 is one of the modern vehicles that Nelson used. This vehicle was a security edition the former South African leader used in his HIV/Aids campaigns that lasted from 2004 to 2009. Overall, Madiba was a vehicle enthusiast and loved cars with style and functionality.