There is nothing humble about the Toyota multipurpose vans that we have in Africa. They are designed to make any owner proud. Its little wonder that African men love their Toyota more than they love their wives. Sad, inst it? But then, this is Africa! Toyota has fully penetrated the continent over the years, becoming one of the all-time favorites. To meet the consumer needs, the car-maker uses the world class tech applications in the manufacture of automobiles. Toyota enthusiasts are happy, just as the CEO of Toyota says that every car should make the driver happy. Here, we have 7 of the most popular Toyota MPVs that dominate the African market. 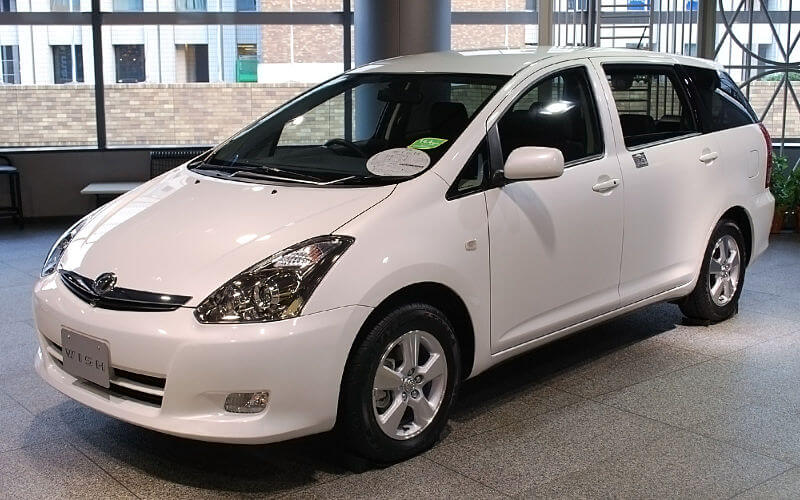 The Toyota Wish is affordable but its low ground clearance makes it good for town service
Image source: http://en.wikipedia.org/wiki/File:Toyota_Wish_02.jpg

Call it wagon, car or what you will, but this does meet all the qualifications of a van, despite its low ground clearance and the comfy look of a laxury car. It has become very popular for family use. It can seat seven people, and therefore for those upcountry visits in Africa where granny, gramp, mother, wife and children must all ride in the car, it comes in very handy. This van can also be used to collect visitors from the airport. It is very comfortable too. It is bigger than Spacio and is available in 1.8 l or 2.0 l gasoline engines. It has been in production since 2003.

This is one of the most famous vans in Africa. It is used for family transportation as well as for business. It is easy to spot it in the streets of Lagos, Nairobi, Cairo and elsewhere. With High ground clearance, higher than that of the Voxy (sister Van), it is used for the off road terrains of Africa. It is very good for carrying cargo and in some cases, it is now being used for van moving services. It is very affordable and therefore, that makes it a darling for many business owners.

This is sister to the Toyota Noah, only that this one is more embellished and looks more of a luxury van than a workhorse! It has lower ground clearance and therefore you may have second thoughts about taking it where there are no proper roads. In some instances, the Voxy is referred to as the Noah Nav (in Indonesia) but in Africa, we can tell the distinction between the two. However, one is as good as the other and the cost is just about the same.

This is indeed one of the most common multipurpose vans used in Africa. It is mostly used for passenger transport but in many cases, it is also used to ferry cargo from one place to another. along with its use as a minibus, it is also used as ambulance in many places in the world. No other Van bearing the Toyota logo is used as widely as this one, thanks to its different configurations. The HiAce is a looker too, a real mile eater, with a variety of engine sizes, starting with 2.o liter to 3 liters, sometimes coming also in turbodiesel.

Most users have reported great innovation and styling in the manufacture of the Toyota Avanza. Equally, users have benefited from using it for school runs, as airport shuttle, sales vehicle, pool vehicle as well as a family vehicle. 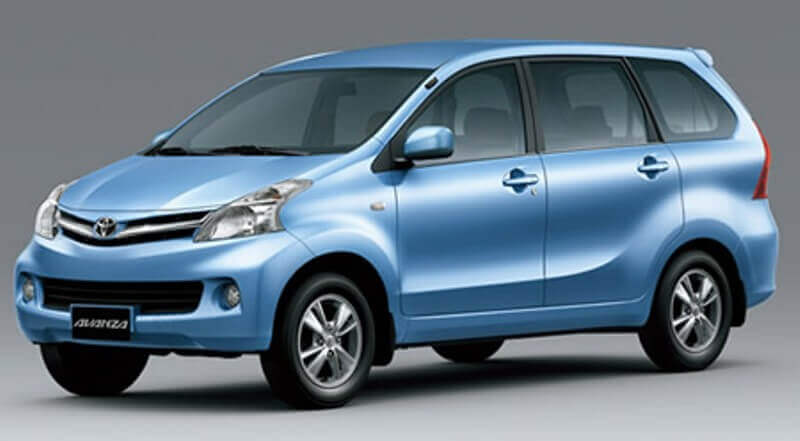 With its improved aerodynamics, the 7-seater Toyota Verso provides the performance that appeal to most users in the African market. To provide desirable comfort, the upgraded interior design makes the driving experience very interesting.

Most built in features of the Toyota Auris can easily snatch the curiosity of any user or passersby. In fact, its design is inspirational to any user because it has employed the ultra modern technology. Irrespective of the choice of engine, the car gives the user great confidence on the road. The vehicle provides fuel economy on the road thus appeal to most consumers in this market.