There are many global car manufacturers around the world and they all fight for one thing; profit. It is because of this that they all scramble for the same market and the hottest one at the moment is the African continent. There are a few reasons behind this fact and we will briefly look at why Africa has become the target market for most international car producers.

First, Africa is still taking its baby steps towards development and this creates a vast platform for different industries including the automotive industry. Unlike most of the developed countries that are stable and wealthy, Africa has a long way to go but with great potential.

Europe, North America, China, and India are the main car manufacturers but they have less of a market at home. This can be attributed to the fact that the markets are flooded and thus the only option left is to hunt for a new car market, a market with potential, and that is Africa. With the political unrest, civil wars and poverty slowly disappearing from Africa as social democracy takes root, the car market provided by the developing states cannot go unnoticed.

The state of the economy in the African continent has improved in leaps and bounds and now there are boatloads of avenues that are generating income enough to sustain the continent as well as take it to the next level. Unlike the 90s, Africa is now exporting commodities that have raised the standards of living of its people thus creating the need for automobiles. Car manufacturers have their numbers and understand the factors that make a good vehicle market and that’s why they have their eyes on Africa.

As the African nations were going through tough times in times of instability and infrastructure, the main automotive activity present in the continent was the repair and selling of used cars. Now that most of the countries are politically stable and the infrastructure is improved, the purchase of new cars has increased significantly especially in the last 5 years. For this reason, vehicle manufacturing companies are positioning themselves and designing vehicles with the African market in mind because in the near future, Africa will surpass South America in the purchase of new cars. 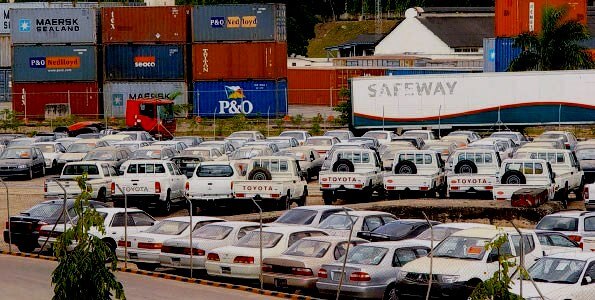 The fight for the African vehicle market by automotive manufacturers can also be attributed to the disappointment they suffered when they all thought that the Chinese market would be great. Unfortunately, it seems that citizens of China are more concerned about homes and retirement savings and as vehicle sales increase in Africa, they are dropping in China.

Even though Africa is not yet fully developed and there are still pockets of political instability, it is now clear that the continent can take two steps forward for every one step of setbacks. Global car manufactures will have to bet on the steady growth exhibited by the African nations at the moment and make the necessary investments and production before the competition gets stiffer.