Prior to identifying the possibility of the Kenyan matatu industry being a tourist attraction, it is important to know what a matatu is. A matatu is a public service vehicle operating around major cities and towns in Kenya. The name ‘matatu’ (which somewhat means three) was coined from the fact that back then, the charges for the pioneer matatus was 3 cents. Years have passed since the introduction of the matatu on Kenyan roads and this has become a major industry in Kenya complete with its own culture. It has evolved from being just simple customization to having vehicles with large screens, music systems and Wi-Fi,which keep the passengers entertained. 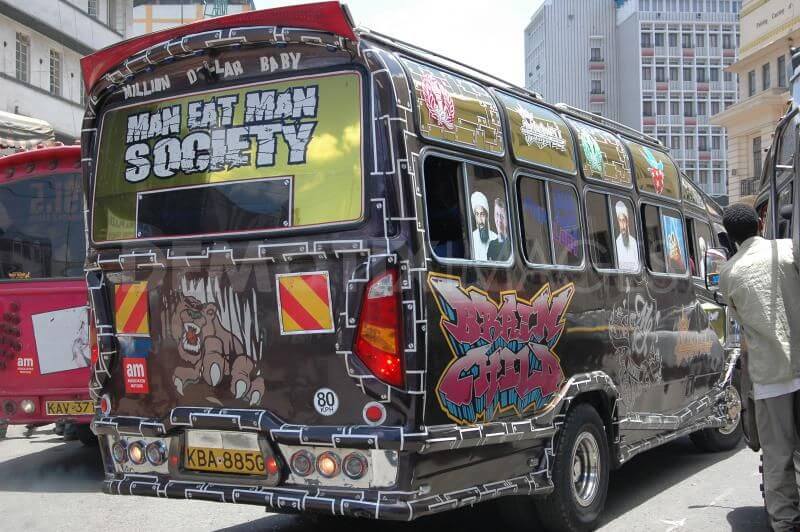 This is how a typical matatu looks like in Nairobi. This one seats 29 passengers
Image source: www.demotix.com

Contrary to what you would expect for a public transport industry, the Kenyan Matatu industry is a culture. This is because when the matatus are moving, you can only describe them as moving color charts. There is a culture of customizing or ‘pimping’ out these vehicles to a point that they are just amazing to look at. There are numerous garages that have specialized in customizing these vehicles which include vans, mini-buses and buses. The culture has got so deep into Kenyans that most people, especially the young and energetic, prefer these customized means of transport. 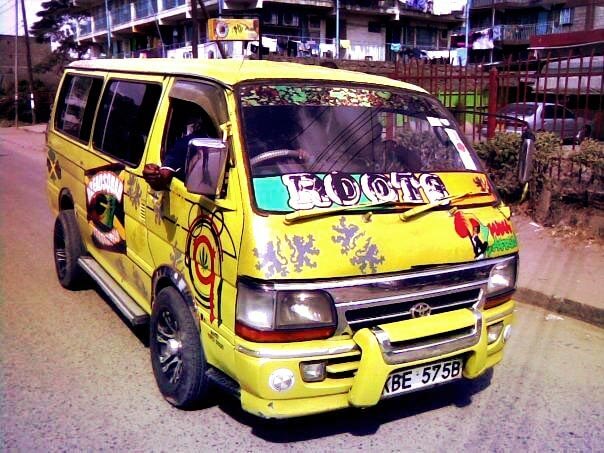 A pimped 14 passenger baby matatu that is being phased out by the ministry of transport to ease congestion
Image source:www.stevenwrigley.com

Matatu owners invest a boat load of money into the processes that bring the glamor into their vehicles. This is in an effort to keep people boarding their matatus as there is a battle of looks in this industry. It used to be a van thing then it moved to mini-buses and now the larger buses have joined the club and are actually doing better than the other two. There many routes in Kenyan towns and cities and they all compete for the spot of the best looking and customized vehicles with the focus being on the pain jobs, the designs, interiors and the music.

Apart from the few arguments from the authorities in the transport industry, the matatus have shifted from being just public transport to being a culture that is part of Kenya and thus an attraction. Most people visiting Kenya have to stand and stare at these public transport means that are so colorful and packed with entertainment equipment. Tourists add matatus to their bucket list and have to get that ride and enjoy what is considered as the most impressive public transport vehicle around the world while paying just a small amount of fare. 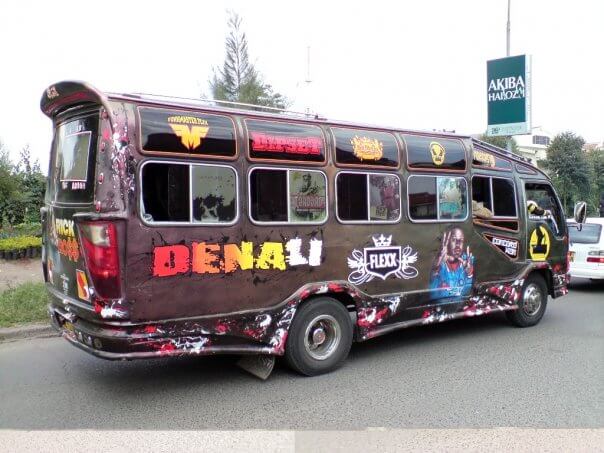 This is another of the good looking matatus, tweaked and pimped with color and graphics
Image Source:www.skyscrapercity.com

If people from outside the country are impressed by the matatus and the culture revolving around it, then it is high time that the Kenyan people and authorities embraced the industry but with a few rules here and there to curb the unruliness that is associated with the players involved. There is nowhere else in the world where you can find matatus and it is up to the stakeholders to conserve the culture and make it better where possible. Tourist might just be coming to have a look and a ride on the matatu, then the wildlife later.