This is listed as one of the rarest SUVs in the world. It is made in South Africa. It’s weight is 4 times that of a Hummer, therefore making it better than the Hummer when it comes to overcoming battle stress and withstanding landmines. It has been featured in many motor shows, including the best of the best – the UK Top Gear show. It wows everyone who sees it. One thing that we wonder about though, has it fallen in the hands of any African dictator, or what remains of them? We couldn’t establish that. However, it does seem as if it would feature top on their lists of favorites. 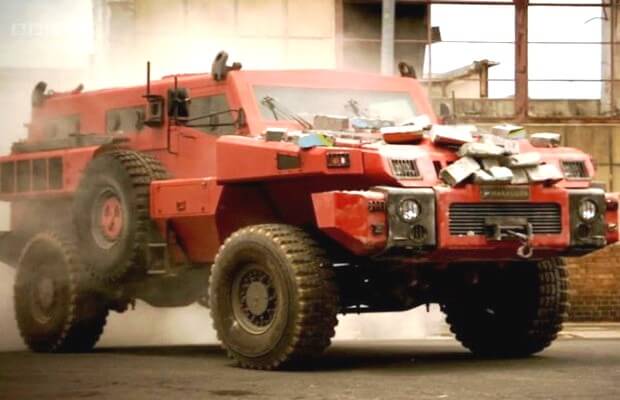 Made after the best army technology, Marauder is one of the best in Africa
Image source: http://www.complex.com

This four-wheeled, mine-protected African beast crashes through brick walls at a speed of up to 120 km/h (75 mph) and it can safely withstand the blasts of plastic explosives, without suffering incapacity. The dual-skin hull has adequate space of up to ten persons. It offers complete anti-bullet protection and it can comfortably endure the discharge of 8 kilograms of explosives, both under any of its wheels or at its center. Marauders are currently popular in reconnaissance and peacekeeping missions across Africa.

As mentioned before, the marauder provides enough space for a crew of ten, inclusive of the commander and the driver. Purposely intended for urban operations, it is relatively smaller in terms of weight and size as compared to its Matador counterpart that is armored similarly. It has a configuration of 6 x 6 or a 4 x 4. Its cruising speed is about 100- 120 km/hr (62-75 mph) and it has a maximum range of up to 700 km or 430 miles. It has a high ground clearance, more than 400mm!

Its double-skin monocoque hull offers solid protection to the crew compartment against all projectiles that are below STANAG 4569 Level III. Additionally, the Marauder has a payload capacity that enables for efficient fitting of certain weapons and defense systems, such as the cannon weapon installation, missile launchers, light-and-medium caliber machine gun, surveillance, control and command systems. Again, it can be configured in such a way that the payload platform may be used for firing mortars.

The Marauder was born in 2007 after its producer; the Paramount Group sealed an agreement with KADDB- King Abdullah Design and Development Bureau, a Jordan’s government military agency that specializes in the manufacture and development of defense systems. This body also acts as an independent advisor to JAF- the Jordanian Armed Forces. Jordan was also the very first customer for this vehicle, even being a manufacturer. 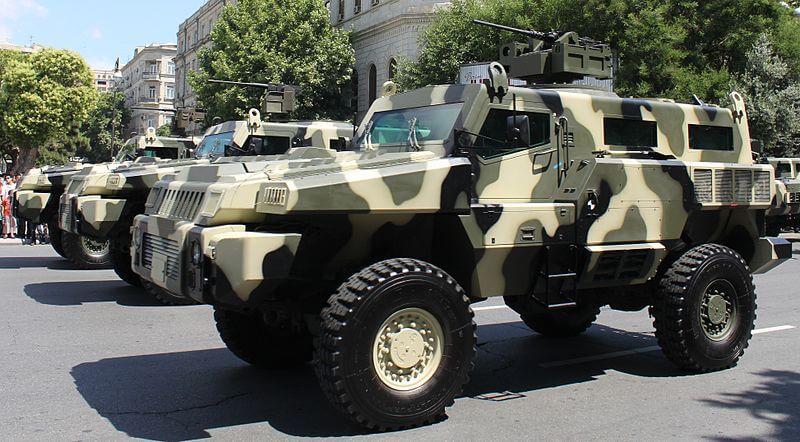 The Marauder is also produced in Azerbaijan
Image source: http://en.wikipedia.org/wiki/File:Parad_878.jpg

This car is expensive. It is made to withstand pressure, to break though walls and to keep the inhabitants safe. It is only available for military use in Africa and it is designed after the best army technology. It is a big car for a big continent.