The automobile world is a rather important part of every successful country. In Africa, this industry is held in high regard as the type of car you drive speaks a lot about you regardless of whether you are a chauffeur or you just hired the car for the date. For this reason, the automotive industry in Africa has been growing in leaps and bound in the past decade and is expected to further stretch in the next ten years. The main reason behind this growth can be attributed to the nature of economy and development in this continent. 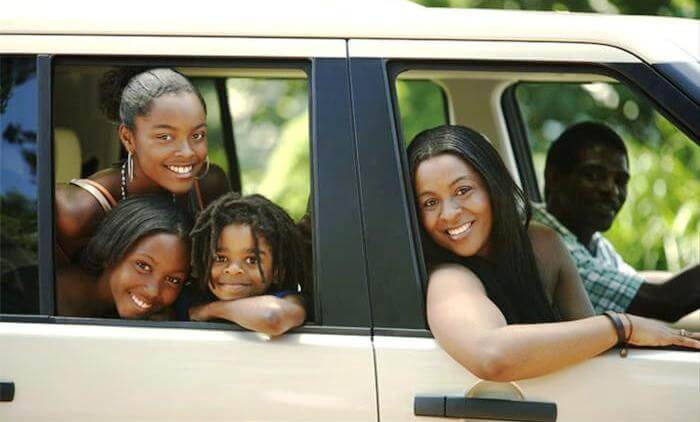 An African family in their car. Almost any family in the urban setting looks for a car
Image source: www.visualphotos.com

Africa is growing, and the growth is not built on a weak foundation. The continent has potential in trade and development in infrastructure and in different industries such as the vehicle companies. As the African people struggle to make theirs a great continent, their standards of life are also being raised and this creates wants such as driving and owning vehicles. I mean, when you are doing well in business or you have a new and better paying position, it is only logical that you have a nice house and a good car to ferry you to work every morning.

The market to fight for

As Africa fights to be on its feet economically, other continents are watching and sneaking in to grab any trade related opportunities that are cropping up as a result of the exponential growth. This has resulted in the flooding of vehicles from different brands from all over the world. Each of these companies is striving to own a small market share in the hottest market today. Most brands are targeting the average earners and thus they are availing relatively cheap cars that are convenient and cost effective for this market.

The last few years have seen the emergence of a wave of innovation that has driven different countries in Africa to build their own cars. Some have been successful and others have failed in one way or the other. Well, because of the mistakes that have taken place in the near past, the automotive industry is about to be given an arm shot as the engineers are wiser and more equipped. We can only expect the coming ten years to be full of champagne popping all because of new cars built in Africa for Africa and beyond.

We can all agree that buying a vehicle in Africa has never been as easy as it is today. Africa has joined the rest of the world in the internet trading and cars are not left behind on this one. Companies have invested and created eCommerce stores where cars can be purchased online. Most of these cars are inexpensive and most people will be able to afford a car in the coming decade. We already have situations where families have more than one car and in the coming future, it can only be expected that online car buying will result in almost everyone in the family owning a car, except for the toddler of course!

One comment on “Where Will African Automobile Market Be In Ten Years?”