China is the biggest consumer of cars in the world. It makes sense. The huge growing economy needs to be fueled and the huge population means that more people will need to buy cars. In 2006, China surpassed Japan as the second largest vehicle consumer and today, it is set to beat the United States to the first position anytime. The projection for the car market in China is that it will continue growing, and by 2019, the market will be double what it is now. 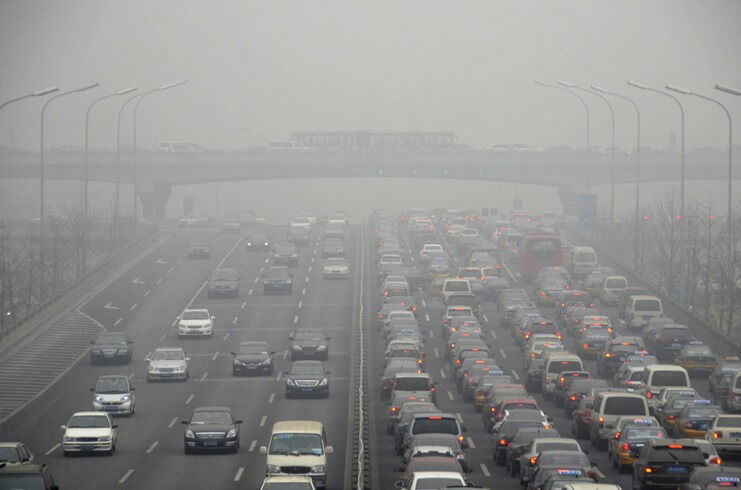 Too many cars in China contribute to smog as seen here
Image source: www.zmescience.com

This has led to the establishment of vehicle manufacturing joints in China, especially considering that about 44 percent of all the cars used in China are Chinese. Among those in the front line in the production of the local brands include FAW Motors, SAIC, Dongfeng, Cherry, Lifang, Geely and many others. However, this has also left a lot of room for the foreign vehicle makers to come to fill up the rest of the market. The most established vehicle makers from out of China include Honda, Nissan, Mitsubishi, Toyota, Hyundai and General Motors. Others that are now moving in to cash in on the market include Volkswagen.

Where does Africa come in? China has in the recent past become of the closest development and trading allies for Africa. It has replaced the West, mostly because it does not dictate policy and politics of Africa. If you want a development loan from China, you will get it alright, even if your human rights record is poor or even if you jail gays. However, others factors like low prices are playing a major role in where Africa exports her cars from. In Kenya for example, the affordable Chery Tiggo is fast replacing the Japanese cars formerly used by the police force. This Chinese SUV i now a common sight on the roads.

Being a large car market has its won losses and one of them is that some parts of China are contending with smog. This is blanketing major cities thus affecting visibility. Recent experiences confirms that smog has increasingly added to the challenge of air pollution to the residents.

Besides emission of exhaust fumes, another challenge associated with the big demand for and ownership for cars is traffic congestion. Residents of cities like Shanghai and Beijing can confirm that traffic during peak hours, is the main challenge in these cities. When cars stall in traffic, there is too much fuel that is wasted in idling. That has an effect on the economy as the money lost does not benefit the government or the car owner.

A dazzling array of cars in China, the largest consumer of cars
Image source: www.thetruthaboutcars.com

Government responses to these challenges

The government of China has enacted various policies aimed at providing a lasting solution to the challenge of traffic jams, the ever increasing appetite for vehicle ownership and its associated effects.

As a measure of discouraging congestion in the mega cities of China, the government recently announced introduction of fees levied on vehicles stuck of jams. The policy aims to de-congest the cities, which will reduce emission of exhaust fumes produced by vehicles. This does not help much in containing the scourge of global warming.

From past dramatic traffic congestion, experiences had confirmed that congestion worsen especially when drivers move along certain sections of the road. To tackle this problem, the government has restricted driving along those road sections which are known to most drivers. Knowing where these restrictions have been placed will save your from legal penalties in case you find yourself driving along those road sections in China.

To discourage the increasing demand for vehicle ownership in China, the government introduced the policy of auctioning license plates. The license plates are auctioned at prices as high as $8000 with the primary objective of regulating ownership of vehicles in China and more in the metropolises. The ripple effect is that traffic congestion will be managed and air pollution from emission of exhaust fumes will be reduced.