After every so long, we like featuring an African Celebrity who is doing his/her continent proud. Today, we will feature Didier Drogba but rather than stick to his dribbling skills and Goal scoring prowess, which he displayed when he was at Chelsea Football Club in the English Premier league, we will consider his involvements in charity work. Drogba in action in the professional side Galatasaray
Image source: http://www.dailymail.co.uk

Ok we know that football celebrities make more money than public coffer looting politicians that we elect, or rather, that rig their way into public offices. Footballers like Drogba make their money from hard sweat, from talent .

They are multimillionaires, some of them billionaires. You can see our Samuel Et’oo article if you don’t believe me. However, we cannot begrudge them their treasure and most of them, as you will see here, are very charitable, always looking for ways to give back to not only their countries, but Africa as a whole.

And before you ask, isn’t afroautos about cars? We will include his rides in the images. Drogba looks like a real spontaneous guy, sometimes driving classy and at times driving so simple.

Drogba appearing for his national team in the worldcup
Image source: www.straitstimes.com

Who is Didier Drogba?

To give a sideline answer, I would say that he is the most charitable talent export from Africa. And by the end of this article, you will see why. Rumor has it that Jose Mourinho, yes, he of the “ I am the special one” fame is looking to have Drogba back at Chelsea. That remains to be seen.

Didier Drogba, full name Didier Yves Drogba Tebily, and before you start wondering, no, he wasn’t named after fashion designer Yves Saint Laurent, maybe he doesn’t even wear that, was born on March 11 1978. That makes him 35 years old now. In 2012, the Chelsea supporters voted him as the greatest player for the club, ever!

Unlike most African children, Drogba’s early life was quite eventful. When he was six years old, his parents sent him to France to live with his uncle who was a professional footballer. However, ill health saw him come back home in Abidjan, Cote d’Ivoire where played soccer in the car park with boys of the neighborhood. A few years later, he was sent back to France to his Uncle after both parents lost their job. He rejoined them and his siblings later when they relocated to France. 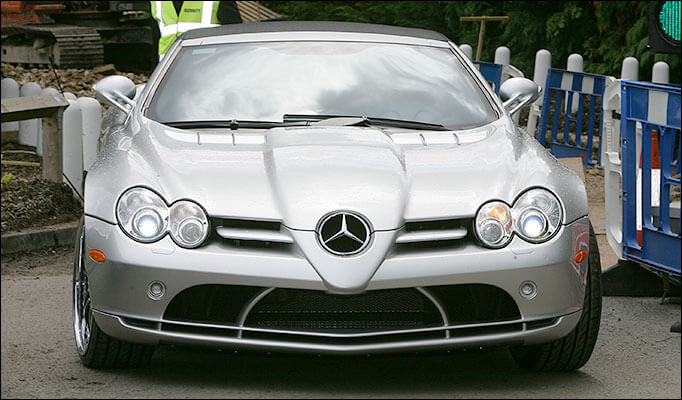 Drogba has amazing ball control. He is great in air and from his physique, yes, you guessed right, his physical ability is amazing.

Today, Drogba is the captain of the Ivorian National Team (Les Elephants) and he is their greatest all time goal scorer. As a professional athlete, he plays for Galatasaray in the Turkish Süper Lig as a forward. In his professional life, he has played in France, In Africa of course, in China and in the crème de la crème, the EPL.

His estimated earnings from football alone are about 10.4 million GBP (Great Britain Pounds). However, there is bound to be more from endorsements for sports products.

A philanthropist – The Didier Drogba Foundation

Didier Drogba made a heart touching appeal to militants in 2006 after Ivory Coast won a place in the world cup. He appealed to them to lay down their arms and rejoin the other in building the nation. For that and more, he earned a place in the books of history as a role player in regaining peace. Yes! This is where all soccer players begin in Africa, barefoot, wanting, but full of hope and resilience
Image source: www.one.org

Coming from an African, I am very proud that Drogba has stood up on racism and has never forfeited a game, not even when they threw a banana on the pitch. This is the best statement that one could ever make that yes, we are black, they are white, but we all bleed red!

Didier Drogba did start a foundation in 2007 that helps create awareness and fight malaria in Africa. For the uninitiated, Malaria, spread by infected female anopheles mosquito is perhaps the second highest killer after HIV. The foundation is also engaged in educational programs to assist youngsters attain a brighter, educated future.