Johannesburg is no doubt one of the greatest cities in Africa. However, big as it is, it has earned the ill reputation of being home to all manner of villains. Carjackers take the top spot on the list of scum. Thankfully, you will be surprised at how much the security situation has improved, thanks to vigilantly manned CCTV cameras and new deployment of agile officers of the law. 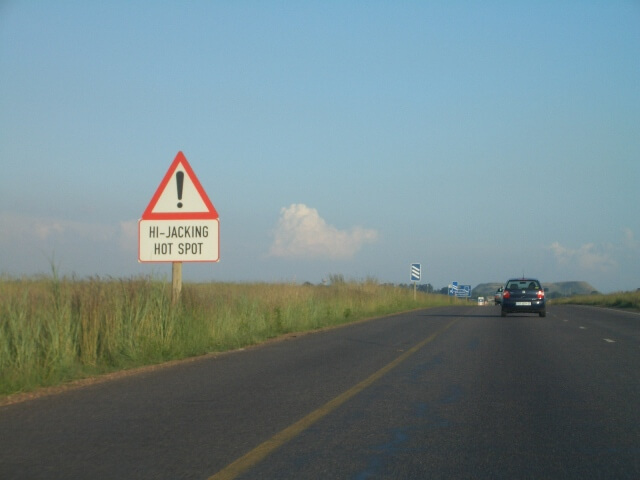 We knew matters had gotten out of hand when in 1998, Charl Fourie invented a flamethrower that could be fitted on a BMW to thwart the attempts of carjackers in south Africa. Today, nearly two decades later, we are still contending with the problem of carjacking in Johannesburg and other cities in Africa.

Although the situation has improved somewhat, the dangers on the streets have not been eliminated entirely. Carjacking is still one of the rampant and frightful crimes in Johannesburg, especially because it results in physical harm or death. The good news is that if one is equipped with the right information and skills, one can very easily be on the better half of hijacking statistics.

We Africans already know this, However, if you are visiting South Africa for the first time, there is no harm reading about them again. Since the blaster never made the market, how about we look at a list of Do’s and Don’ts when you are driving in the City Of Gold – just so you arrive safe and alive? 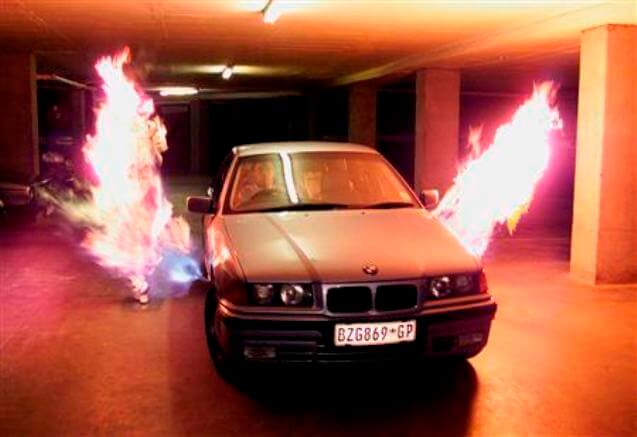 This BMW Blaster was fitted with flamethrower by Charl Fourie of South Africa to thwart hijacking attempts.
Image source: www.reuters.com

See, avoiding a hijacking in Johannesburg is rather easy, no? All you have to do is follow the above guidelines and voila! Stay safe and alert and do have a carjack-less time while in the ‘city of gold’. Be alert, be safe.