It’s completely difficult for a great idea to die and vanish into thin air. Such idea is that of the Laraki Fulgura, an African concept car that did not go beyond the launching stage. It was showcased in Geneva but it was never produced. You cannot stop a man, or in this case, a car that is in the right and that is why this sporting jewel has come bouncing back, but under different owners this time. Hrrrmph! And they still think that nothing good can come out of Africa ? What about this one? The greatest of all African ideas face the harshest of the challenges, only to emerge bigger, better, refined, and rejuvenated. And such is the story of the legendary Laraki, the Moroccan company based in Casablanca, and which was formed purposing to manufacture and sell high end sports cars. 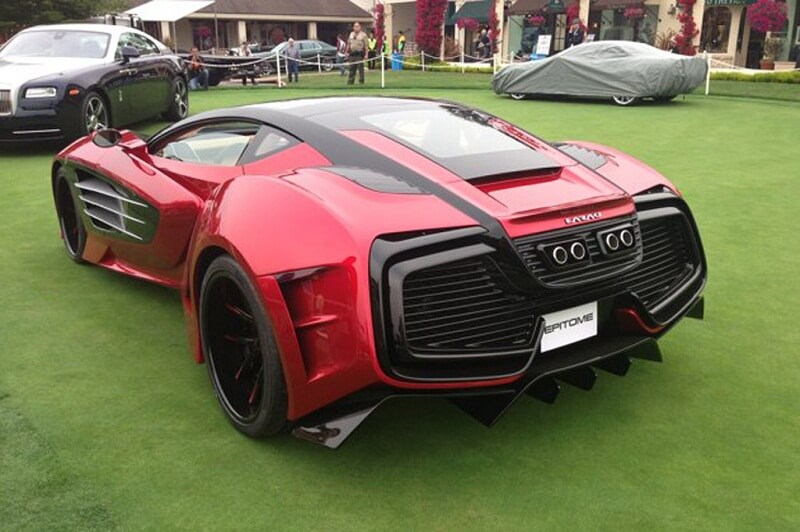 Only less than a decade

However, only nine years after its establishment, this great African idea faced a crippling recession which culminated to the complete halt of operations in 2008. Laraki Motors, which acquired the name from its designer Abdeslam Laraki, had only managed to announce two concept models which did not manage to reach the production stage by the time they were closing shop. These included the Laraki Fulgura, announced in 2002, and Laraki Borak of 2005.

The former, intended to start being produced in the fateful year ’08, had its basic design borrowed from Lamborghini Diablo, powered by a quad-turbo Mercedes-Benz 6.0L V12 engine and projected to produce over 900hp was expected to cost in the neighborhood of $555,750. The model could do up to 247 miles per hour, and had the potential to attain 62 miles per hour in 3.3 seconds! The latter, which is the logical successor of the Fulgura, debuted in 2005 with its production expected to commence about six years later. Its engine would be designed to produce 540 hp, cruising at top speed of 193 miles per hour and attaining 6o miles per hour from rest, within 4.5 seconds! These are both extraordinary speed achievements, not to mention their sleek and classy physical design. 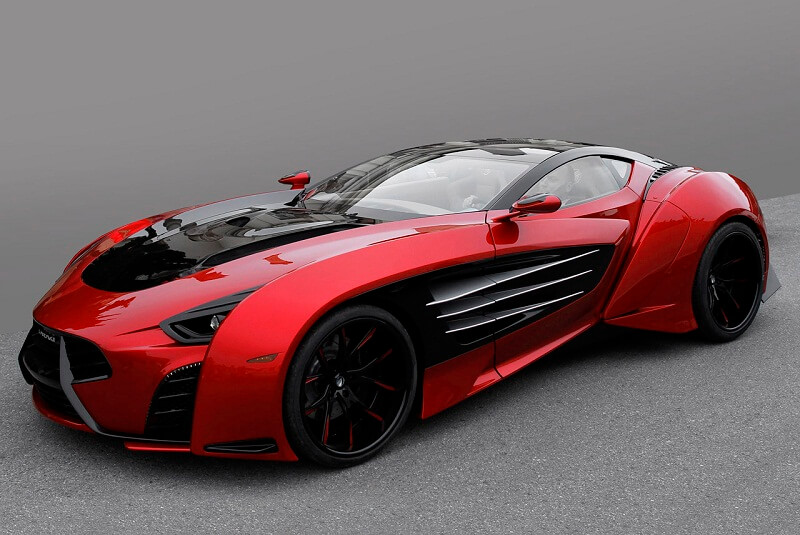 The two aforementioned designs didn’t see the light of the day. However, less than five years later, Laraki has made an audacious resurface, this time making a strong and clearly pronounced statement with the super Laraki Designs Epitome in California. The Epitome-version already shortened by motor lovers-is diligently designed and automatically joins the league of the world’s exclusive cars.

Though most of the details about this design remain unclear, credible sources have stated that that the propelling engine of the Epitome produces over 1500hp, and is estimated to cost around $2,000,000. The design is as classy as it can be, directly portraying the high performance that the Laraki Epitome is capable of.

The design of components such as the driving mirrors, the air ducts and the doors are elegantly carved for this 1400kg model. Rumor has it that only a handful will be produced.