Many times, you have seen news of severe road accidents crowding the social media, radio stations and TV channels. In fact, barely a week passes without reading or hearing news of accidents on African roads. No African country can claim immunity to road accidents. Who are to blame for the actions that steal the lives of citizens through road accidents? Well, a number of issues have been raised as contributors of road accidents in most Africa’s road accident-prone countries. 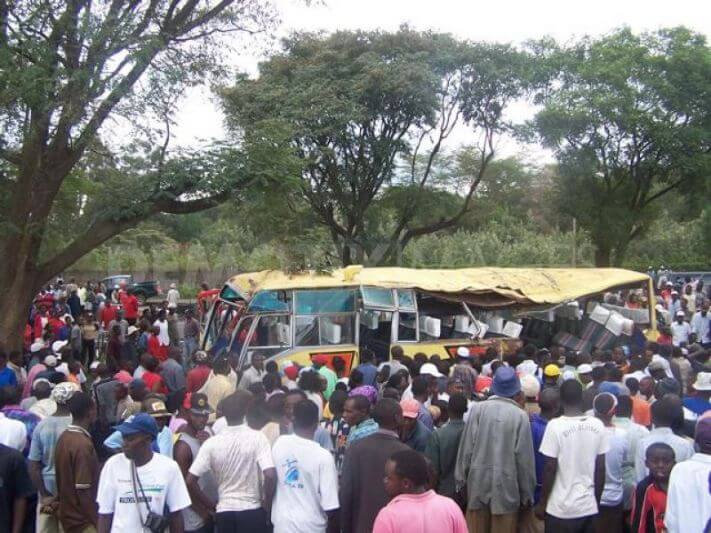 Just like every other African country, Nigeria is not immune to problems of road accidents. Past research (Akpogome, 1998 and Atubi, 2012e) indicate that Nigeria ranks first position in Africa and position two in the world as far as casualty rates resulting from road accidents are concerned. Equally, the 2006 stats from the Nigerian Federal Road Safety Commission, FRSC, confirm that the country recorded the highest number of road accident related deaths. Human error is the major contributor to such crashes. The stats indicate that human error causes about 95% of traffic road accidents in this country more especially during the months of festivities in this country.

In Ethiopia, 2.77% of the total deaths result from road accidents. This is according to the 2011 report published by the World Health Organization, WHO. The report places Ethiopia in 12th position in the world as far as traffic accidents are concerned. Many contributors have been blamed on such accidents in Ethiopia. Poor status of roads in this country coupled with un-roadworthy vehicles has contributed majorly to accidents robbing the country of its human resource. In addition, ineffective traffic policies have made the situation worse.

In 2001, the World Health Organization recorded that 2.31% of the total deaths in Malawi were caused by road accidents. This is shocking news as the country is losing its productive population to road carnage. In fact, the report ranks Malawi 3rd position in the world as far as road accidents are concerned. One of the main contributors identified to cause road accidents in Malawi is lack of pedestrian visibility by drivers at dusk or during the rainy seasons.

Ghana, like other African countries, has reported a number of road accidents in the past. In fact, stats from the Nigerian Federal Road Safety Commission show that Ghana is the fifth most accident-prone countries in Africa. The question that begs an answer is what are the major contributors to such accidents? Well, records of the National Commission for Civic Education (NCCE), lays blame on laxity and general indiscipline of road users. Equally, disregard by drivers to observe road rules and non-enforcement of road regulations by the relevant authorities are the other major contributors to these accidents. Concerted efforts need to be directed towards averting the high number of road accidents in this country.

Road accidents in Africa will continue snatching lives and robbing the continent of her productive human resource. Is there hope? Well, this will depend on how well the stakeholders are prepared to combat this problem. Unless effective road policies are instituted, this problem persists.