A lot of movies have been created with the main attention being shifted to vehicles at some point. In others the main character is the vehicle. We all loved these movies and some of the best ones are more inclined to the comic side. Several cars have appeared in comic movies that have made our lives better and made us laugh every time we watch these movies. Let us look at a few of these vehicles and their best parts. 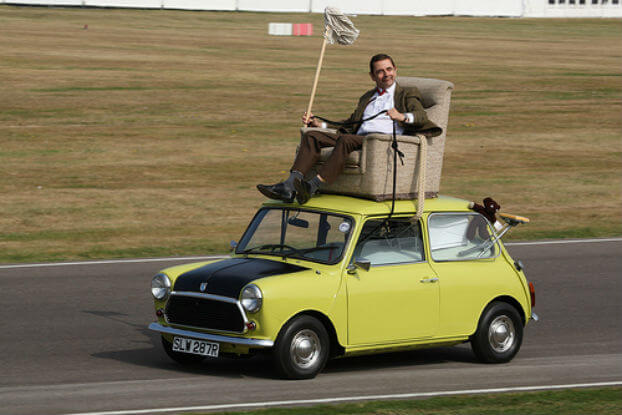 The Mini Cooper – You see one on the road and Mr Bean comes to mind
Image source: imprezzme.blogspot.com

Mr. Bean’s Mini cooper
We all know who Mr. Bean is – he is that funny man who says very little but does quite a lot of crazy things to leave you in stitches. Well, the car he drives speaks loads about him. It is a small apple green 1976 Mini cooper 1000 MkII. You can recognize this vehicle by its black hood and is indisputably the other important thing in Rowan Atkinson’s acting. This car has a quick release steering wheel which can really be funny especially when you are driving around. Mr. Bean went to all lengths to protect his Mini Cooper with padlock doors and a hidden key system. He also removed the steering wheel, to make sure that stealing this particular mini cooper was the hardest nut to crack for criminals.

Herbie Bug
Herbie is referred to as an anthropomorphic car. It is a 1963 Volkswagen Beetle which has appeared or featured in quite a number of movies from Disney. The car is portrayed as being anthropomorphic meaning it has a mind of its own. Herbie can drive around by himself and is pretty serious when it comes to racing competitions. In most of the appearances, Herbie is a white Bug with red and blue stripes running from the hood to the trunk. There is a distinctive number “53” on both doors and on the hood. 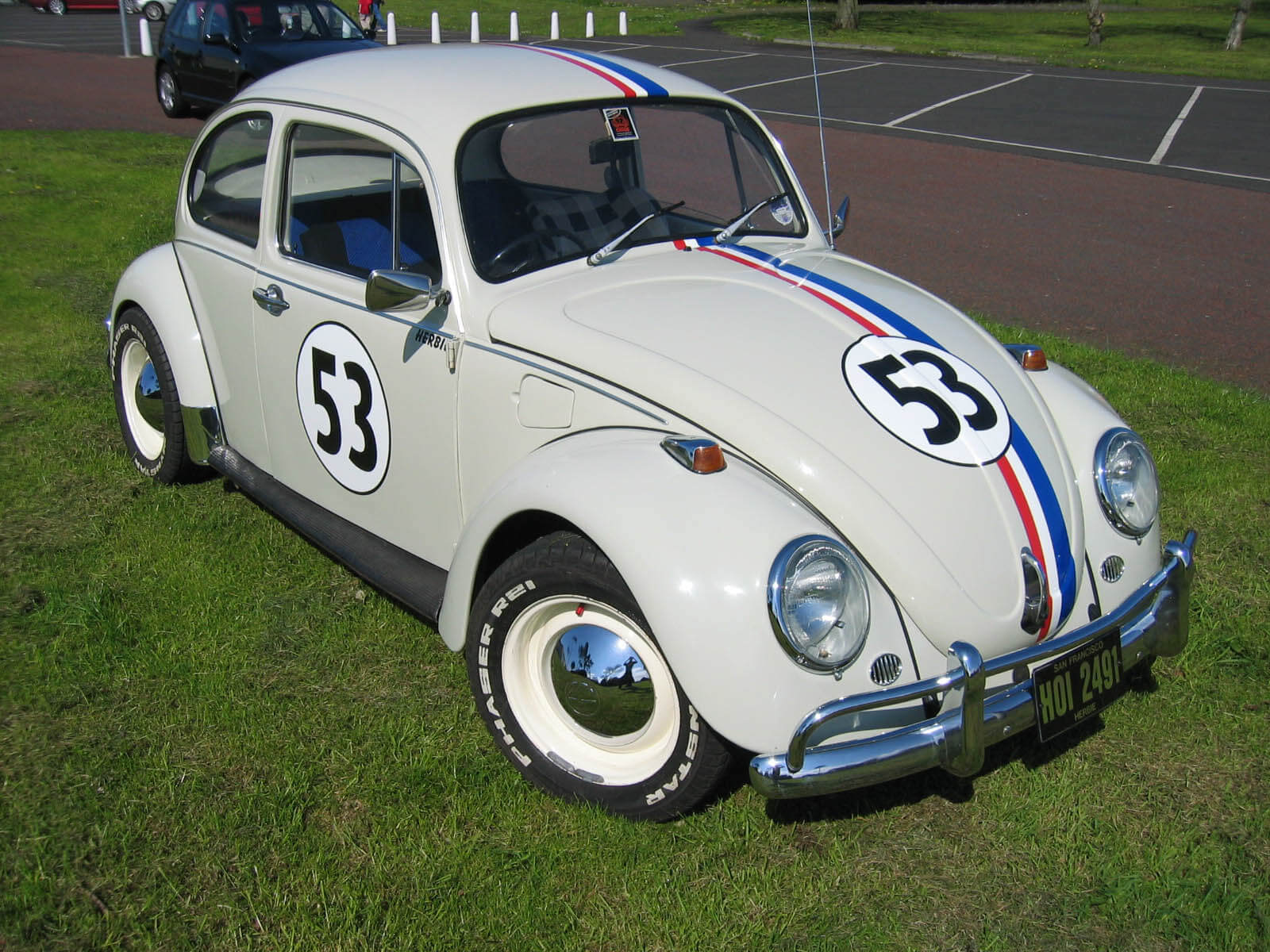 Made for the TV film The Love Bug
Image source: rawautos.com

Herbie has made many appearances, the latest being Herbie fully loaded, where the car went under different changes in the movie. During this film, there were more than 30 Beetles in use and this is how they ended up with a well planned movie that received massive popularity all over the world. The vehicle appeared in a NASCAR version, a street racer and so many other versions to fit each and every occasion.

The Mystery Machine: Scooby Doo
The most popular van we know has to be Scooby Doo’s Mystery Machine. The work of this van was to mainly transport the characters, Fred, Daphne, Velma, and the all funny Scooby and Shaggy in their everyday activities of solving mysteries. Because of its massive impact, there are quite a lot of reproductions that only a child can imagine in forms of toys. 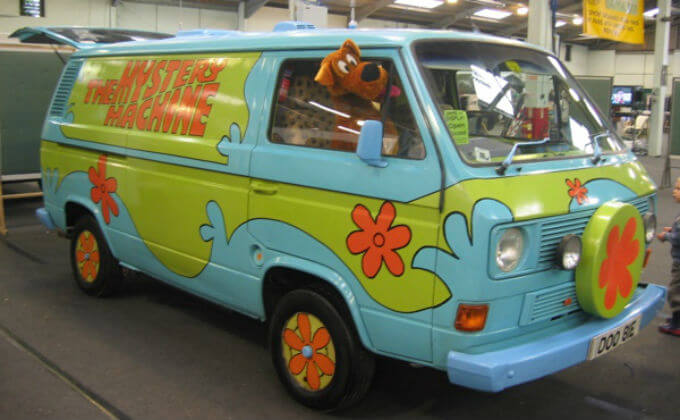 Albeit there are different forms, the most famous of the many Mystery Machines was initially based on the 1968 Chevrolet Sport van 108. This van is so popular that it received the “top fictional vehicle of all time” by the survey carried out by Toys R US. There many vans that have been customized to fit the description of the Mystery Machine but all this can be attributed to the fame the van enjoys.

As an after thought though, where would you place this truck? Is this comical? This is not comical, or is it? See the picture below 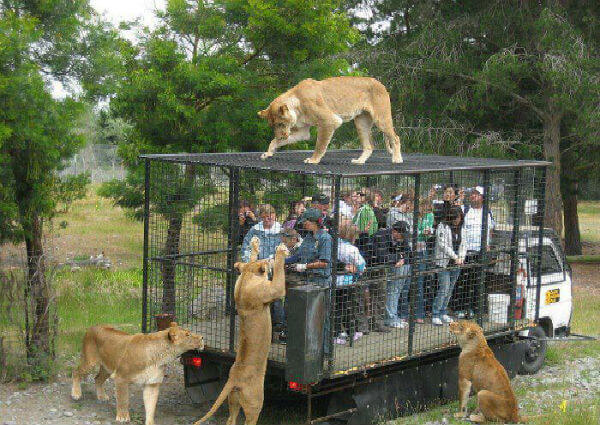 Prowling for a meal? Not pleasant!
Image source: thewisecracker.com