Though we are still struggling with our share of challenges, recent trends indicate that this continent is a lucrative market for the automobile industry. Due to its increasing population and the daily discovery of unexploited mineral resources, Africa is considered one of the fastest growing markets for everything, including manufactured products. Precisely, import volume of used cars has been increasing over the years. 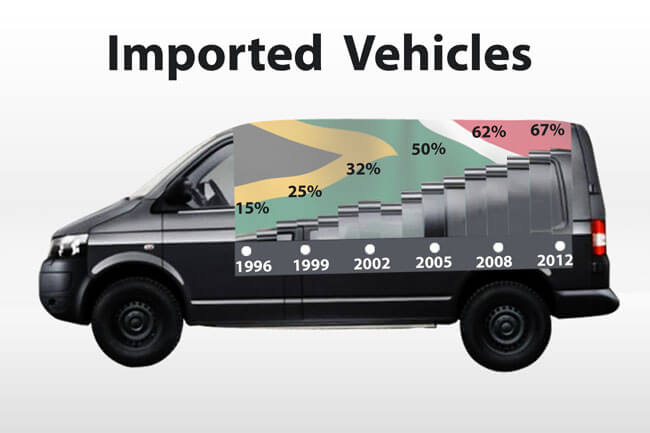 What factors can explain this trend?

As you may realize, car retailing companies, like ACLN, which has achieved noticeable success, surprisingly, use a basic model of international trade: arbitrage! More often, they have perfected the ability to identify arbitrage opportunities across national markets. Africa, more often, has presented such opportunities.

Second hand car importers identify arbitrage opportunities in the following sense: car sales in rich countries are often competitive and efficient. On the other hand, however, car sales in Africa are neither competitive nor efficient. So, it would make business sense to import second hand cars from rich countries and sell them in Africa! Arbitrage opportunities, in this case, would compel importers to sell their cars rather than using them. The more such opportunities that present themselves in Africa, the higher the sales revenues would the retailer report.

As would be expected, most African countries are yet to invest heavily in their car manufacturing industries. In fact, some have no car manufacturing plants while some have established only car assembling plants. The downside to this development is that there is little car production in the continent as a whole!

Most noticeable is the fact that some big importers are focusing on the often small number of wealthy car buyers. Daimler Chrysler and VW are very good examples in this case. With this target in mind, often, they lose focus of the larger market portion of cheap cars with steady demand. However, Companies that focus on this market have reaped huge benefits! A good example in this case would be ACLN. The company has identified and provided for over 65% of cheap car market in North and West Africa.

Africa is the second largest continent in the world due to its noticeable population statistics. With increasing growth projections in the Gross Domestic Product (GDP) of respective countries, income of the middle class is also expected to grow. Arguably, the middle class people make the highest consumers of low cost second hand cars. Coupled with infrastructural developments expected in most African countries, the demand for used cars is also expected to increase in the coming years!