China is home of modern day industrialization. There is very little doubt, if any, that is directed towards this. As a matter of fact, what may happen to be of a challenge is spreading this technological advancement to other parts of the world. First things first, we focus on the automobile industry. The reason that has made automobile sales remain low in Africa and the overall dismal performance of the sector is poverty and economic strains. Having identified that reality, Chinese manufacturers have moved with haste to produce cheap and affordable automobiles, clearly cut for such a market as Africa. These manufacturers have concentrated more on satisfying the consumer needs, while still maintaining standard quality. 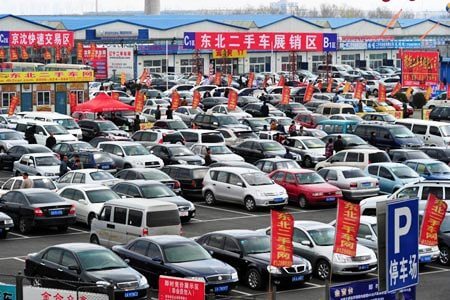 Cars in China – The Chinese auto industry is growing fast

Why rush to dismiss quality?

When china started making overtures to Africa for business reasons, particularly in automobile and machinery sector, they were prematurely dismissed with the notion that Chinese products were scoring low on the quality scale. Terms such as ‘fong Kong’ and ‘zhing zhong’ were coined in South Africa and Zimbabwe respectively, to refer to low quality Chinese products. Having successfully managed to shake off these denting tags, China has moved on to build and establish vehicle assembly plants in Africa. The need to focus more attention in Africa has been necessitated by the fact that Africa is an emerging economy with a high potential for growth in the near future. Other areas which have received the Chinese motor industry attention are the Latin America and south East Asia.

Mammoth companies at the spearhead

It is rather astounding how fast the Chinese motor industry has grown. Today, there are big and Chinese international motor companies, barely three decades since the industry took shape in china. Africa has recently witnessed companies such as Geely, Chery automobiles, Fonton motor group and Great Wall setting business feet in many countries. The Foton motor Group opened their assembly plant in Nairobi in 2011, which is today offering job opportunities to locals directly and indirectly, as well as lowering the cost of new cars in the region by avoiding a 25 per cent duty on fully built imported units. This has enabled many locals to afford new cars.

These business endeavours have meant heavy investments in Africa. The resulting win-win situation has seen the continent receive heavy investments from these firms in return for ample environment and infrastructure for business-and of course the luring profits. In South Africa for instance, China’s First Automobile (FAW) has invested an approximate $25 million to build a plant in Port Elizabeth. These investments leave the economy stronger and better, and it leads to improved standards of life in the continent.

More disposable income for many.

The gradually improving standards of living and the improving economies of Africa have led to higher disposable incomes. This, coupled with the cheaper locally-produced Chinese cars has resulted to booming sales for these automobiles. This is not forgetting the fact that China firms produce all ranges of vehicles, cutting across the social status- from rich to middle class to the lowly in the society.

At last, anybody in Africa can now manage to buy a new car. These firms have provided that opportunity by producing cheap vehicles whose quality still remains standard.