Like a teenager, Kenya doesn’t know whether to throw tantrums, or to behave maturely. And any country would too, if two top ICC indictees were elected into power as happened in Kenya on March 4, 2013, a decision that the Supreme Court upheld on 30 March 2013. While this ruling was somehow expected, many people are still shocked and someone has since gone ahead to open a Facebook page called I WILL NEVER VOTE in a Kenya election. In true gentlemanly style, Raila Odinga came out graciously to wish the president elect and deputy well.

Looking at how the two top contenders flaunted their financial might with helicopters, 4WD vehicles and large entourages marking their campaign trails, it is doubtful whether they really understand the hardships that the general citizenry in the low echelons of the society go through.

What does Uhuru Kenyatta’s and his deputy William Ruto’s win mean for the Kenyans? First, we believe that Uhuru’s leadership will be no different from that of the outgoing President Kibaki. Read that to mean that Kenya will keep heading Far East for trade and development partnerships. We are going to see the diplomatic and trade ties between Kenya, Korea, China and Japan deepen. This is what Kenya and other African countries need. The last ten years since Kibaki discarded the West for the East have been very productive for Kenya.

If you want a loan, China gives you a loan without lecturing you on how you must legalize homosexuality in the country. If you want food, they will give you food without telling you how you should cook it. If you want vehicles, they will ask how much you can pay for one. Democracy and human rights are western ideals and China chooses not to insist on our fulfillment of both. Their relation with Africa is on a come-as-you-are basis, no questions asked. Hey, not to mean that they encourage human rights abuse or that we do not uphold them. Of course, we do but first, we have to get out of the money rut.

Prior to the elections, Kenya acquired 57 cars for the National Police Service from China. I guess we will be seeing more of the Chery Tiggo SUVs now. We will drive Japanese and Chinese for a long time. 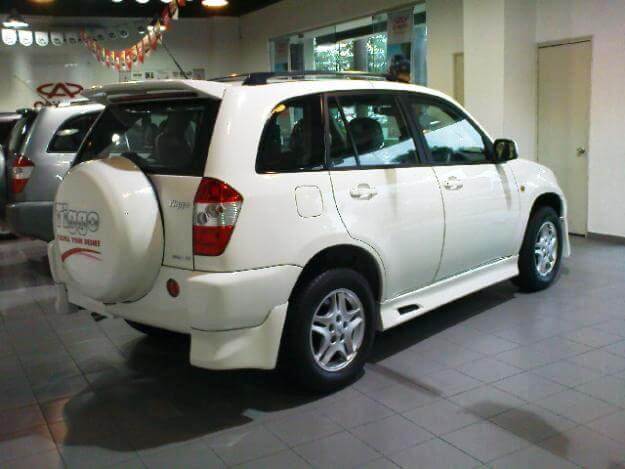 2009 Austerity measures – A side of Kenyatta that we can expect to see more of?

In 2009, Kenyatta, the then Finance minister proposed that all cabinet ministers return their fuel guzzlers to cut government spending on fuel and costly maintenance. It was ordered that all ministers should not use cars whose capacity exceeded 1800 CC. In regard to the order, Volkswagen Passats were purchased at the cost of 3.7 million each. It was also proposed that the size of the entourages that accompanied senior government officials on foreign travel be cut. In typical Kenyan fashion, the orders were met with resistance from different quarters in the government and to date, we are yet to know whether the Kenyatta austerity measures brought any positive change.

As for the International Criminal Court charges facing Kenyatta and his deputy Ruto, perhaps the case is on its deathbed now, not that anyone really believed in its credibility. After all, it does seem as if the court is after Africa and her own, never mind that it is only in Africa that a leader will use state machinery to order the massacre of the masses. We will see what transpires.