If you thought that Toyota was the choice of ride for the mundane motorist, you thought wrong! It is everyone’s car and as CEO Akio Toyoda says, it makes the driver happy. The Toyota Prius Hybrid especially seems to be one of the most favored car, perhaps because it is a hybrid. However, it is a Toyota all the same. Some very big names in Hollywood drive Toyota, yes, the who’s who of Los Angeles seems to love this car to bits. Others drive the Lexus, still a Toyota and a very powerful car at that. No matter where you turn in the world, there will always be a Toyota in the vicinity. 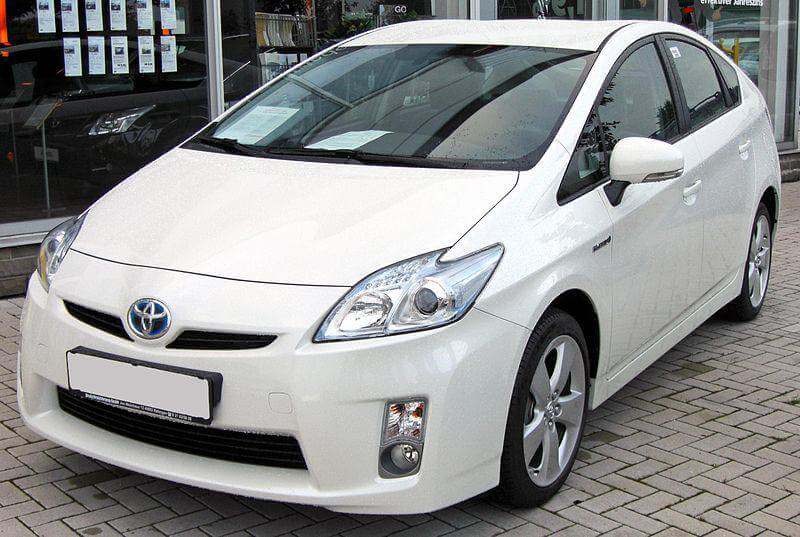 The Hybrid prius seems to be very popular with celebrities in Hollywood
Image source: http://en.wikipedia.org

In Africa, the story is more or less the same. However, here, most people drive the Toyota as their first car, and most likely, it will be a secondhand Toyota from Japan, before they can graduate to driving other makes. This doesn’t mean that the Toyota is any lesser, but in Africa, more than 60% cars in the entire continent are from this Japanese automaker. Therefore, to stand part from the pack, African Celebrities opt to drive other cars. The good thing is that the Toyota doesn’t go away. It is simply tucked in some corner of their garage, or it is given to a relative.

Owen Wilson, yes, he of the Shanghai Noon fame, the comic cowboy who cracked our ribs with laughter drives a Toyota Prius. The father of them all Larry David, Bradley Cooper, Dustin Hoffman, and Leonardo Dicaprio also drive the hybrid Prius. On the other hand, power girls Julia Roberts, Gwyneth Paltrow, Cameron Diaz, Kate Hudson, Natalie Portman and Emily Blunt also drive Toyota. Top class twerk-er Miley Cyrus caps this list for us today in … you guessed right… Toyota Prius. Rapper 50 Cents has a Toyota Land Cruiser in his collection.

Why Toyota, even with all that money?

For many, Toyota is synonymous with affordability. However, thanks to the environmental conservation campaigns the world over, the Prius hybrid has made quite a niche for itself. The race is on, not to see who drives the latest fuel guzzler, but to see who minds the environment most. For Toyota, the popularity of the Toyota Prius proves that the company is not only after making a quick buck, but it is also committed to making the world a better place for future generations.

In Africa, quite a good number of celebrities, especially in the local film scene, drive Toyota. Ghana seems to have the biggest share of these celebrities( no pun intended), For example, Yvonne Nelson, a well-known movie star drives a 2009 model of the Toyota RAV4. Prince David Osei, another of the famous actors from Ghana drives a 2007 Toyota Corolla.

The list is endless. There are so many people of worth who drive Toyota. As for the rest of Africa, Japanese used cars, led by Toyota of course, carry the day.