A joint effort among the Kenya National Highways Board, the Ministry of Transport, police and other industry players to curb road carnage was received with apprehension by the public service vehicle operators in Kenya. The laws, which became effective 1 December 2012 saw the Matatu Welfare Association calling for a national wide strike by all commuter vehicle operators who withdrew their services from the roads. 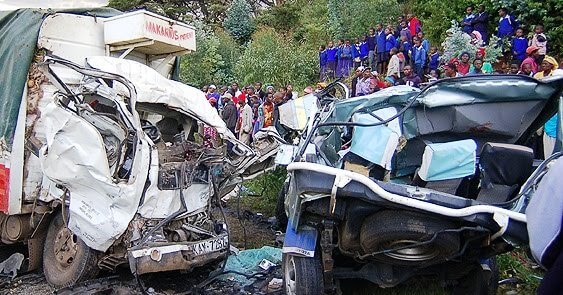 According to the traffic department of the Kenya Police, more than 3000 deaths caused by road carnage are recorded every year

The law is too tough
The Public Service Vehicle (PSV) or the mass transport industry in Kenya is run by the private sector, with the government having very little stake in the transport business. The PSV operators were protesting the new traffic laws which they termed as tough and unrealistic.

Lasted 3 days
This not being the first time that the PSV operators have pulled off the road. No one took them seriously and the new laws are snug in place. The police are already enforcing them. Predictably, the so called strike was in effect for three days only, and it was not very effective at that.

New Traffic Laws
Some of the proposed laws include:

The government effected the new traffic laws with the aim of curbing the increased road accidents which lead to loss of many lives-approximately 3000 annually. So far, more than 2700 lives have been lost since January. The main cause of road carnage is careless/speeding, drunk driving, followed by vandalized road signs, mobile phone use while driving and driving unsafe vehicles.

The operators who defied the collusion of their colleagues and served the passengers were attacked by the striking colleagues and conductors. This was directed to paralyze the entire transport industry to pressurize the government to loosen the rigid laws which they termed as draconian. The police used teargas to dispel crowds blocking roads.

The normal daily PSV operations have since normalized and its now back to business again. This time though, everyone is wary and hopefully, the number of fatalities from road carnage will drop.

Road safety in Kenya is not the responsibility of drivers and the traffic police only. It is everyone’s mandate to report any unseemly behavior on the roads. That is why Safaricom, the biggest mobile telephony services provider in Kenya said they would offer a toll-free number to report unseemly conduct on the roads.