In Nairobi, Kenya, on the bumper of one car, it was written “The car in front is always a Toyota” This just about sums everything up. It is not only limited to the roads, but to the rally tracks or whatever semblance there is of car racing in Africa. When car racing takes place in Africa, the winning car is always Japanese. There are many rallies that take place in the continent and while South Africa is the most established in the arena of car racing, much more is happening in North, East and West Africa and Japanese cars take the lead all the time. Perhaps there is something, a secret in that the cars are assembled in Africa for Africa. If it is not Subaru winning, then it will be a Toyota or a Mitsubishi, sometimes a Nissan. 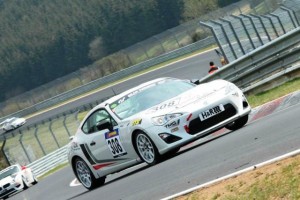 Now that 2012 is almost gone and it is clear that there is not likely to be any action for Africa, the race is on to develop a super car for Africa and Subaru and Toyota are taking the lead. While the Toyota Celica is one of the most established cars in racing in Africa, it has been oustedfrom the top repeatedly by Subaru and Mitsubishi. For 2013, news going down have it that Toyota are developing a GT-86 racing car. They call it their space version car. On the other end, Subaru have already developed their “BRZ zero car” as they call it which hit the road this year. One thing that is obvious here is that no matter who leads the race for Africa, the car will always be Japanese.

Why is there so much fuss about the Toyota Celica? Simple; it was the first car to beat the European counterparts in the world car rallies. It is one of the most established racing cars for Africa and repeatedly, it has managed a win, making it the dream-racing car for every rally driver out there. Since the original racing ST165 Celica made in 1987, there have been many improvements in the car making it better and fitter for the African racing trails. When they say that the car in front is always a Toyota, they mean exactly that.

The Dakar rally is very famous, thanks to the French who put in effort to establish car racing in Africa. Even if this rally has drifted to other countries in the world, no one can deny the fact that it has done a lot to help improve African racing. Even in this French edifice, the winning car has always been Japanese, as history will show. In other places in Africa where car racing is fast turning into a serious industry, the winning cars are always Japanese.

If you are looking for information about car racing in Africa and the winning brands, you will notice that the ratio of the Japanese to European cars is very high. Some of the top names that you will find will be the Subaru (mostly the Impreza), Toyota (Landcruiser and the winged Celica), Mitsubishi (Lancer) and maybe the Nissan although this is not as established as the first three.

Car racing in Africa is raw, crude and rough. It needs a resilient car that can withstand all that adversity and more.